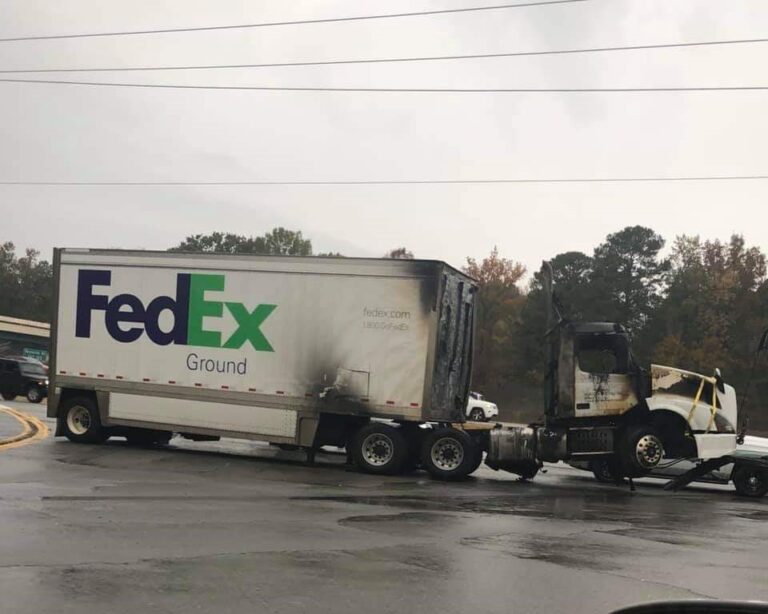 BRYANT, Ark. — Two people were killed early Wednesday morning when a FedEx tractor-trailer veered out of its lane and hit a vehicle that had been stopped pm the shoulder by a Bryant police officer.

Authorities said about 1:45 a.m. Wednesday, Bryant Officer Seth Wakefield conducted a routine traffic stop on I-30 Eastbound around the 123-mile marker while working the DWI Task Force. The DWI task for is a state-funded program that allows officers to look for any individuals that might be driving while impaired.

Officers said Wakefield noticed a vehicle that had defective equipment and conducted the stop. The vehicle was pulled over on the inside lane of the three-lane interstate next to the center median wall.

Once the stop was completed, Wakefield returned to his patrol unit.

The tractor-trailer, driven by Roshannon Dunnigan, 37, of Shreveport, Louisiana, plowed into both Wakefield’s vehicle and the vehicle he had stopped as a result of the traffic stop.

Both vehicles, the patrol car and the vehicle on the stop, were struck by the FedEx 18-wheeler, which resulted in two fatalities.

The driver of the car, Andre Harris, 19, of Pointblank, Texas, was injured, as was Dunnigan. No information was available on their condition.

The accident shut down I-30 for almost five hours.

FedEx Ground released a statement regarding the accident:

“First and foremost we extend our deepest condolences to the family and friends of the individuals involved in this incident. Safety is our highest priority and we are cooperating fully with the investigating authorities at this time.”