As alluded to in Part 1 of this series, when it comes to the coronavirus, truck drivers are probably suffering from information overload as much as — if not more than — any American. It’s the lead story of every newscast on television or radio. And you can’t be involved in social media without seeing hundreds of posts about the virus.

News outlets seem to have accepted Walter Cronkite’s role during the Vietnam War: Each night Cronkite read the number of U.S. casualties the military reported on the CBS Evening News broadcast. In what is building into a war against the coronavirus, newscasters are now providing, not just nightly, but constant real-time updates tallying confirmed cases of the virus, “presumptive positives” and state-by-state breakdowns. Unfortunately, the numbers of late have been increasing by the hour.

As a truck driver, assuming you haven’t trained your ears to filter out the coronavirus news — something no one can afford to do at this point — you have read or heard countless proclamations, such as NASCAR’s statement about the status of upcoming races expected to draw hundreds of thousands of fans to pack grandstands across the South:

“The health and safety of our fans, competitors, employees and everyone associated with IMSA, ARCA and NASCAR remain our top priority. We are in regular communication with relevant authorities and will continue to monitor the situation closely.”

The NASCAR statement could be a template for the response of many organizations at risk of losing large amounts of money to the spread of the coronavirus, or just the anxiety associated with the situation. Some organizations or events expecting to draw large crowds are adding a tagline that states, “We are increasing the number of hand-sanitizing stations throughout the facility and encourage all visitors to follow hygiene protocols.”

Despite statements such as the one issued by NASCAR, the past few days have seen a change in the measures event-organizers are taking. Last week, the South by Southwest festival (SXSW) in Austin, Texas, was canceled. The annual event was expected to draw more than 400,000 people from around the world to Austin, where SXSW was set to receive up to $700 million in registration fees alone. The City of Austin didn’t hesitate, favoring cancelation of the event despite the estimated $350 million impact on the area’s economy. The SXSW cancelation seemed to be a tipping point for all large gatherings.

At the time of this writing, the NBA has suspended its season, the NCAA announced the cancelation of March Madness, the NHL has put their season on “pause,” and major-league baseball associations are developing plans two weeks ahead of the season’s opening. Universities are ending the semester with online assignments, high schools are closing, and high school basketball state championship tournaments are being canceled. Even Wimbledon, the world’s most notable and traditional professional tennis tournament played in England is under threat of cancelation.

While these extreme measures may be necessary, as the list grows longer, people will likely wonder how they will be directly impacted: Will they be sent to work from home or experience layoffs? And they wonder how their world will look in the aftermath of the coronavirus. All of these “wonders” create anxiety, a biological reaction resulting in stress, which ironically makes people even more susceptible to illness.

Despite their political differences and the opinions of both Democrats and Republicans that the opposing party is exploiting the coronavirus for political purposes, President Trump and House and Senate leaders will eventually agree on a plan to fight the coronavirus on several fronts. Public health will be top priority, followed closely by protecting workers from financial stress if they are exposed to the virus. From the political and economic perspective, propping up the economy and stock markets during a time of tremendous uncertainty will be important, as will working with other countries to develop coordinated approaches in battling the disease. President Trump has already announced a ban on travelers to the U.S. from Europe, something European leaders did not accept quietly. Such displays suggesting a lack of coordination between countries will only exacerbate the problems associated with the coronavirus.

Drastic times and drastic events call for drastic action. People are searching for any information they can find on the coronavirus, particularly as it relates to them, their families and their friends. It’s a heavy load to carry, but we are in this together, and we all have the same destination in mind.

To read Part 4 of this series, “Hygiene: Beyond hand washing,” click here. 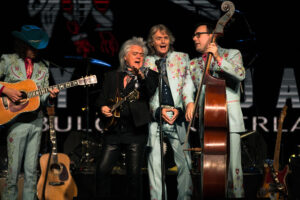