In 2008, Blue Parrott revolutionized phone communication for truckers with the introduction of its first wireless headset for the professional trucking market, featuring noise-cancelling microphone technology that was previously incorporated into office products. Two years later, the B250-XT wireless version was introduced and soon became the best-selling headset with professional drivers.

I was one of the drivers who depended upon that device in a professional environment. It quickly became an indispensable part of my over-the-road equipment.

Recently I was presented with the opportunity to try out the newest, most advanced version of the professional driver headset — the Blue Parrott S650-XT. It does everything my old B250-XT does … and so much more.

Physically, it’s a more substantial unit than the older model, in keeping with the characteristics of the S450-XT, Blue Parrott’s first stereo model (which was also available in a one-speaker model, the B450-XT). The next iteration, the B550-XT, added voice control.

With the S650-XT, the user gets both a stereo and a mono version, thanks to the removable earcup, a new innovation with this model. The driver can wear the headset with one earcup while driving; then easily add the other for a quality stereo experience while gaming, watching videos or streaming music. There’s even a standard 3.5 mm cable jack for wired connections to devices that aren’t Bluetooth-equipped.

The stereo quality while listening to music or videos rivals that of high-quality headsets that are used strictly for the audio experience, some of which sell for more than the S650-XT. Drivers no longer need to carry one headset for driving and another for gaming after hours. I tested the S650-XT against two sets of headphones I use for music and can say that the quality was every bit as good.

With the S650-XT, the features are better than ever. For starters, the headset provides a whopping 36 hours of talk time. Chances are that the driver’s phone will need recharging long before the headset does. When it’s finally necessary to plug it in, the set is fully charged in just a little over two hours — about the time it takes to get dinner and a shower at the truck stop.

Also exciting is the unit’s 300-foot wireless range. Drivers can leave their phone safe in the cab while they go to the rear of the trailer for inspection or crawl underneath for some maintenance. And, if the call they are on should wrap up, they can make another call using only voice commands. My testing revealed plenty of range for checking trailer tires or doors.

Another great feature is the programmable Blue Parrott button. Using the free phone app, the button can be programmed to speed-dial a number, mute the microphone or function for another purpose — including a walkie-talkie feature through the Zillow app that facilitates contact with others without a phone call.

With longer range, more talk time, voice controls and other features — along with legendary Blue Parrott quality and durability — the S650-XT should be on every driver’s list of “must have” equipment. 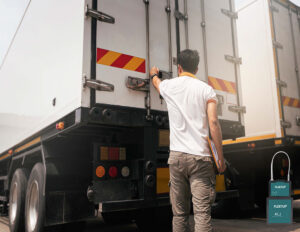 5 solutions to protect your valuable cargo 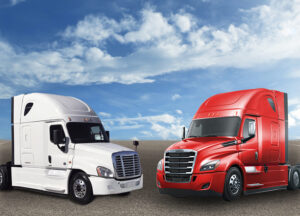 a few of my co workers, and I purchased this headset. since we received them they have had nothing but issues. call drops, constantly disconnecting from our phone, and the list goes on. what makes it worse is all of these issues are multiplied if anyone else is using this headset as well. within 20 miles we had 6 dropped calls. this is a very dishonest review.

The S650-XT is by far the worst hBlue Parrott headset!!! Not good at all. I only have problems with mine. Not satisfied at all. I have had 3 models before and they all worked beautiful. This one not so much. As much as I loved my 450 I HATE this one !!!!!!!!!