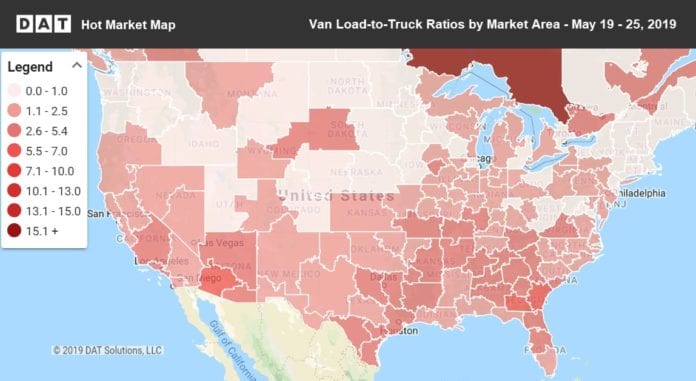 National average spot rates through May 26 include:

There was good news for reefer carriers as a surge in shipments ahead of Memorial Day weekend lifted rates on 44 of the top 72 reefer lanes. The national average reefer load-to-truck ratio jumped from 2.6 to 2.9, equal to where it was during the first week of May.

Where rates are rising: California’s Central Valley seems to be building toward a typical June peak. Rising reefer volumes produced higher rates on lanes from Sacramento, California, and Fresno, California, including:

The bad news? A solid week of rain ahead of Memorial Day has devastated this year’s cherry crop, which was estimated to be more than 10 million cartons — a record. The California Farm Bureau said growers expect to lose nearly two thirds of that amount. Too much rain so close to harvest can cause cherries to split down the side or along the stem, rendering them unsalable except for processing.

Rates were higher on 54 of the top 100 van lanes compared to the previous week and the national average van load-to-truck ratio improved from 1.6 to 1.8. That’s still below expectations for this time year.

Where rates are rising: Atlanta, which boasted the highest number of van load posts in the country last week. Rates between Atlanta and Memphis rose in both directions, a hopeful sign that retail goods are on the move. On the other side of the country, two lanes out of Los Angeles drew notice: 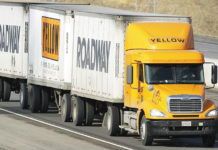 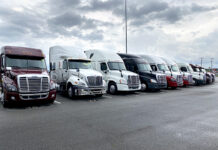 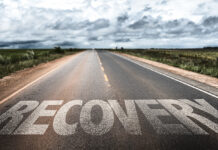