WASHINGTON  — U.S. employers added 155,000 jobs in November, a slowdown from recent months but enough to suggest that the economy is expanding at a solid pace despite sharp gyrations in the stock market.

The Labor Department said Friday that the unemployment rate remained 3.7 percent, nearly a five-decade low, for the third straight month. Average hourly pay rose 3.1 percent from a year ago, matching the previous month’s figure, which was the best since 2009.

The economy is expanding at a healthy pace, but rising trade tensions between the U.S. and China, ongoing interest rate increases by the Federal Reserve and weakening global growth have roiled financial markets. Analysts expect growth to slow but remain solid in 2019 as the impact of last year’s tax cuts fade.

The jobs figure was less than many economists forecast, but few saw the report as a sign of a broader slowdown.

“The economy continues to churn out new jobs and reflects the strong underlying business conditions that point to steady, albeit slower job growth and economic activity in 2019,” said Joe Brusuelas, chief economist at consulting firm RSM. “This report strongly implies that a recession is not looming just over the horizon.”

The report is unlikely to dissuade the Federal Reserve from raising short-term interest rates at its meeting later this month, as expected, Brusuelas said. But it suggests the Fed may not hike rates next year as rapidly as many investors have feared.

The ongoing job gains are pushing down unemployment rates to historically low levels for a variety of groups. The unemployment rate for men aged 20 and above fell last month to 3.3 percent, the lowest in 18 years. And the rate for Americans with just high school diplomas dropped to 3.5 percent, the lowest since December 2000. The African-American jobless rate declined to 5.9 percent, matching May’s figure as the lowest on record.

November’s job gains are down from October’s robust 237,000, which was revised lower from last month’s estimate. Hiring has averaged 195,000 a month for the past six months, modestly below an average of 212,000 in the previous six.

Hiring in November was led by health care firms, which added 40,100 jobs, and professional services such as accounting and engineering, which gained 32,000. Manufacturing companies hired 27,000 new workers, the most in seven months and a sign that trade tensions have yet to weaken factory hiring.

Most recent data have pointed to solid economic growth. Americans increased their spending in October by the most in seven months, and their incomes grew by the most in nine months, according to a government report last week. Consumer confidence remains near 18-year highs, surveys show. And both manufacturing and services companies expanded at a healthy pace in November, according to a pair of business surveys.

The housing market, though, has stumbled this year as the Fed’s rate hikes have contributed to sharply higher mortgage rates. Sales of existing homes have fallen 5.4 percent from a year earlier, the biggest annual decline in more than four years.

Investors, however, are mostly focused on where the economy is headed. They are worried that the U.S.-China trade war could still intensify, despite an agreement over the weekend between Presidents Donald Trump and Xi Jinping that included postponing a planned U.S. tariff hike for 90 days. Higher tariffs would compound the risks for a global economy that is already grappling with dismal growth figures from Europe and Japan.

The interest rate paid by longer-term bonds has also fallen sharply in the past month, panicking investors, while short-term rates have declined by much less. That typically signals a weaker economy ahead.

And the Federal Reserve has raised short-term interest rates three times this year and is likely to do so a fourth time later this month, thereby raising borrowing costs for consumers and businesses. The Fed has signaled that it could increase rates again next year. 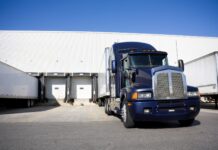 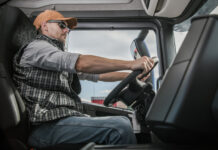 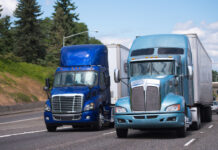