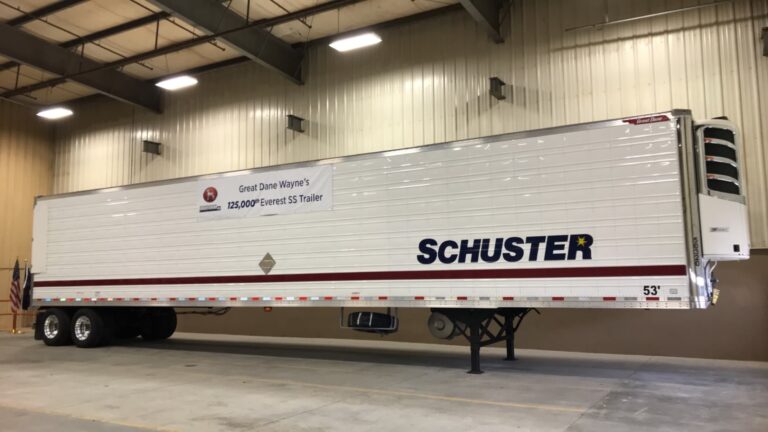 Great Dane’s President Dean Engelage, along with representatives from the Wayne facility and the company’s corporate offices in Chicago, Illinois, and Savannah, Georgia, were also in attendance.

The 125,000th trailer to come off the line at the Wayne plant was a new Everest Single-Temp reefer designed exclusively for Schuster Company of Le Mars, Iowa, a customer of Great Dane’s since 1988.

“We’re extremely proud to reach this historic milestone here in Wayne,” said Lee Byers, plant manager. “It’s a clear testament to the high quality of the product we produce and to the spirit of the hundreds of hard-working craftsmen who build these best-in-class trailers for our valued customers.”

This 257,000-square-foot, 83-acre facility began operations in 1986 with two production lines and has since undergone five building additions.