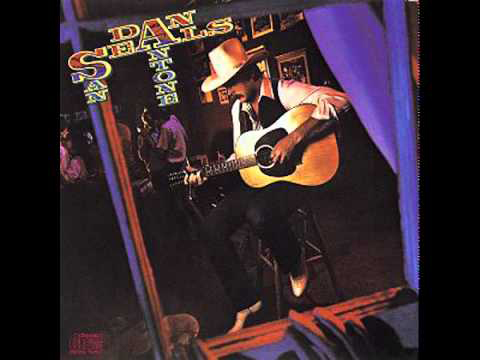 If you’ve ever sat behind a steering wheel, you have one — that one particular vehicle from your past that you wish you could drive once again. If you’re a trucker, it might be your first truck, some cabover from the ’70s, or one that had a little quirk or rap in the engine that drove everyone except you crazy. If you’re like me (not a trucker), there’s some vehicle you’ve owned, driven and finally retired after it left you stranded one too many times. On the other hand, it might have been one you sold too soon, leaving you with only dreams of the memories that might have been made.

Years, or even decades, have passed. You now know how much you miss that old drive that cost far too much money, time and frustration to keep on the road. If you’re lucky, something reminds you of it on occasion. If you’re really lucky, your old ride became a hit country song. That’s where I sit. I once had a car, and I swear a country songwriter wrote about that car in lyrics directed at me.

To admit it is kind of embarrassing. The year? 1984. The car? A 1976 bright yellow Ford Pinto wagon. It was the first car I ever bought entirely with my own money — $500 earned the previous summer by performing maintenance for a Little League ballfield. I didn’t own the car long, but to say the least, the old girl was memorable.

Anyone with a little bit of insight into the automobiles of the ’70s knows the story of the Ford Pinto. The car sold dirt cheap when brand new, made possible by the fact Ford only invested about 2% of the selling price in the parts that held it together. As far as engineering went, there was none. The Pinto had a knack for exploding when hit from behind. Fortunately, the ’76 Pinto wagon was not a model with a disposition to explode — or maybe I just never got hit from behind. But I take solace in the fact I didn’t drive an orange AMC Gremlin like a friend did. No one had a hit song about an orange Gremlin.

“My Old Yellow Car” was a No. 9 country song for the former soft rock turned country artist Dan Seals. The song debuted in February 1985, just about the time I parted ways with my “yellow submarine,” as it became known around town.

As far as the song goes, change the color to fit your own vehicle, and the lyrics are universally appreciated. Of course, I was special. Dan Seals, after all, sang specifically about my yellow car.

She weren’t much to look at.

She weren’t much to ride.

She was missing a window on her passenger side.

Her floorboard was patched up with paper and tar,

But I really was something in my old yellow car.

Well, my old yellow car wasn’t missing a window; in fact, the passenger window wouldn’t move up or down. Its floor was patched up with paper and tar — to the point it failed inspection, and my dad had to get a sticker from a friend who owned a garage. That sticker, obtained illegally (the statute of limitations has long passed, I assume), somehow allowed me to drive a deadly hunk of steel unfit for the road. Dad must have recalled his own rides from the ’50s and figured the Pinto couldn’t be any more dangerous than his jalopies. Of course, most of those didn’t have a reputation for exploding.

In his song, Seals goes on to chronicle his experiences in his old yellow car — the type of experiences any young guy who’s somehow become old remembers well. Perhaps the lyric giving the song universal appeal is when Seals fondly recalls, “There was no road too winding and nowhere too far, with two bucks of gas and my old yellow car.”

My personal old yellow car had its set of issues, and they were probably a bit more serious than the one Seals drove. The Pinto held no fluids other than gasoline. Ford’s engineers designed the vehicle so all of the liquids needed to make it run smoothly traveled through a bundle of cardboard tubes in front of the fire wall. As miles passed, the tubes rubbed holes in each other. A lack of brake fluid left me skillfully using the parking brake to stop. When it was time to get moving, the car did so without the aid of transmission fluid. I just put the pedal to the metal and waited. Gears eventually caught, and off I went. When I managed to get up to speed, I always wondered why everyone passed me so quickly. I finally realized the speedometer registered 12 miles higher than my actual speed.

I didn’t move on to another car in just a year later, in 1985, because the Pinto had trouble stopping and going. Rather, I took note that the yellow submarine left an oil slick that rivaled the one the Exxon Valdez would create a few years later. To be precise, both the front and rear engine seals of the car had disintegrated. The poor car wasn’t holding a drop of oil. On last check, it leaked a quart a day. Those ballfield maintenance dollars allowing me to buy the car weren’t enough for the “fill up the oil and check the gas” approach the Pinto demanded.

Some poor soul took the Pinto off my hands for the same thing I paid for it — $500. Last I knew, it sat in his front yard sporting a flowerpot for a hood ornament. But, hey, I broke even. Or maybe I lost more than I expected.

After “My Old Yellow Car” fell from the charts, I didn’t hear the song on the radio for years. Then, in 2003, I bought a shiny new Nissan Frontier pickup truck I’d been eyeing — yellow in color. And I swear on Dad’s grave that on the drive home, “My Old Yellow Car” came across the airwaves! You can bet that Nissan went down many winding roads far from home.

Until next time, when you think about a car — or that pretty Mack, Kenworth or Peterbilt — you drove into the ground in your distant past, consider the chorus of “My Old Yellow Car.” I bet you’ll shed a tear:

Somewhere in a pile of rubber and steel,

There’s a rusty old shell of an automobile,

And if engines could run on desire alone…

That old yellow car would be driving me home.