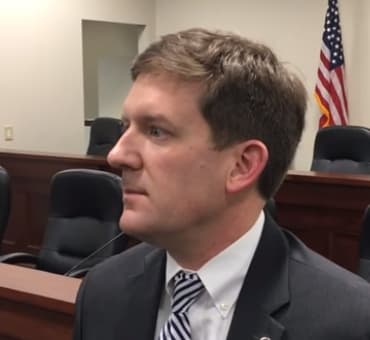 MONTGOMERY, Ala. — Alabama lawmakers could debate a possible gasoline tax increase to fund road and bridge construction when they return to Montgomery in March.

Citing congested and neglected roadways and crumbling bridges, legislative leaders said a gas tax measure to improve infrastructure will be a major topic of the 2019 session.

“The topic of the day would be the gas revenue measure. We are trying to get a piece of legislation ready for that,” Alabama House Speaker Mac McCutcheon told The Associated Press.

Alabama’s current state gas tax of 18 cents a gallon has been unchanged since 1992 and is among the lowest in the nation, according to comparisons from the American Petroleum Institute. However, local governments can have their own separate gas taxes.

“You cannot build roads for the price of what we built them in 1992. If we are going to stay competitive in the economic growth of our state, and attract companies to produce jobs, we’ve got to have a good infrastructure in place,” McCutcheon said.

McCutcheon said they have discussed ideas such as linking the gas tax to a regional average or indexing. He said the goal is to provide a revenue stream that will not be burdensome at the pump.

“Everybody hates to say gas tax, but the reality is you are going to have to have revenue to address the structural issues,” said Senate President Pro Tem Del Marsh, R-Anniston.

“What we’ve got to determine what are we willing to bite off at this point in time. Marsh said lawmakers will have to discuss with constituents the tradeoff of ‘paying more gasoline’ to get safer and less congested roads.”

Rep. Bill Poole, who is expected to sponsor the legislation, said the state has thousands of bridges over 50 years old, many of which are functionally obsolete.

“We fund our infrastructures at one of the lowest levels in the southeast. We have an aging infrastructure and a growing population,” said Poole, R-Tuscaloosa.

In the 2017 legislative session, House leaders did not bring a proposed gas tax increase up for a floor vote after it became clear the measure did not have the votes to pass.

While there is more optimism among proponents for the legislation in 2019, the political landscape remains complicated.

“It’s going to be a real hard sell for a lot of people,” said Rep. John Rogers, D-Birmingham.

There are also expected to be tussles over where the money goes. Adding to the uncertainty, the incoming Alabama Legislature has a large number of freshmen — with more than two dozen alone in 105-member House — who will be navigating the issue for the first time.

House Minority Leader Anthony Daniels said the Democratic caucus has so far not been included in any discussions with the Republican majority about a bill. “They did this last time and look what happened. It went down in the flames,” said Daniels, D-Huntsville.

Jim Page, president of the West Alabama Chamber of Commerce and chairman of Alliance for Alabama’s Infrastructure, a business-affiliated group promoting infrastructure development, said Alabama’s low state gas tax “may sound good at first” but “all it really means is Alabama’s road and bridge system is just getting left behind.”