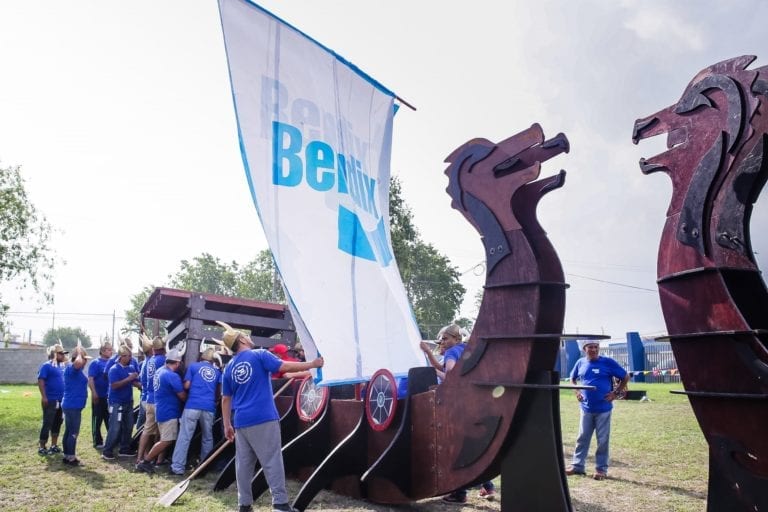 When people in trucking hear the name Bendix, they think of an industry leader in cutting-edge driver safety-assist technology. They think of Bendix’s ever-evolving Wingman system, and how its individual components, like its Electronic Stability Program, or ESP, and its collision mitigation and lane departure warning systems have been brought together in the latest incarnation, Wingman Fusion.

The company is unquestionably at the forefront of 21st-century trucking technology. It turns out they might be handy if you’re planning a raiding party.

Bendix’s manufacturing plant in Acuna, Mexico, is a sprawling complex. Opened in 1988, the 412,000 square-foot operation consists of three state-of-the-art facilities and a logistics center. The operation employs more than 1,800 workers.  Knorr-Bremse, the parent company of Bendix, considers the Acuna operation to be one of its jewels, naming it its top-ranked plant worldwide in 2011.

But even the best need a little boost now and then, and when management decided to hold an entertaining, team-building event at the hi-tech Mexican facility, they of course took their inspiration from 10th-century Scandinavia.

On a recent Saturday, about 200 employees from the Acuna plant got together for a little lighthearted but purposeful competition meant to foster creative thinking and communication. The groups were split into teams and given the challenge to build two, 45-foot wooden Viking boats.

Each team split into groups, each tasked with building a certain part of the boat, emphasizing how a team approach can be effective in achieving goals. The teams were faced with time, planning, and strategy challenges.

Acuna plant manager Jackie Perez explained the challenge was more than a chance to wear horned hats and have a laugh or two.

“It helps us consolidate practices that allow us, as a company, to achieve shared goals, drive camaraderie, and, above all, work together every single day for the same common purpose,” Perez said.

The ship-building activity was followed up with a conference on emotional intelligence, “designed to drive synergy and a sense of belonging through a deeper understanding of tools and recommendations to become more productive, maintain a positive attitude, and consolidate the company’s values,” according to a company press release.

“I was pleased to share and experience great team spirit, joy, and enthusiasm during the activities performed, culminating with the goal planned at the beginning of the event, building Viking ships,” said Belem Fierro, human resources manager at the Acuna plant. “These activities, as well as the emotional intelligence conference, are part of the training programs that Bendix is driving to continue to create leaders. The skills developed through these programs will contribute to a sustainable growth that will allow us to continue being the best in what we are and what we do.”

Just so long as they don’t decide to sack and pillage anywhere.