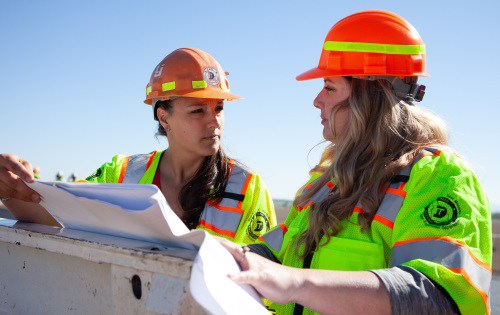 With the unemployment rate hitting an 18-year low of 4 percent this July and “Baby Boom” generation workers now retiring at roughly 10,000 per day, industries across the United States are finding it harder to recruit and retain workers.

A study released by consulting firm Korn Ferry in May predicts that a growing “skilled talent” shortage could impede global economic growth, which could result in 85.2 million unfilled jobs worldwide by 2030, according to an article in the American Association of State Highway and Transportation Officials Journal.

“The world can’t afford to have tens of millions of unfilled jobs,” noted Alan Guarino, vice chairman of Korn Ferry’s CEO and Board Services division in a statement. “Companies must work to mitigate this potential talent crisis now to protect their future. If nothing is done, this shortage will debilitate the growth of key global markets and sectors.”

That labor shortage is beginning to felt more – and more acutely – within the state departments of transportation, as worker retirements can often result in a loss of valuable institutional knowledge as well.

“The one thing that concerns me most as a CEO, and what I am now spending a lot of my time on, is our workforce. Great men and women work for WSDOT but approximately half of them are eligible to retire today and the higher you go up the food chain, the more eligible they are to retire. The institutional memory that leaves us when they retire is really scary,” said Roger Millar, secretary of transportation for the Washington State DOT in a presentation recently at the American Association of State Highway and Transportation Officials 2018 Joint Policy Committee Meeting.

“So we are working hard to encourage the ones who can stay to stay and we are inviting more new people to join our world. But it is hard to compete with the likes of local employers like Microsoft – we can only pay half of what they pay,” he said. “So we offer flexible work schedules and internships. We are also looking at more diversity because we will be a multicultural community. It’s a demographic fact but also a huge opportunity for us. So we want our hiring practices to be inclusive.”

Matthew Garrett, director of the Oregon DOT, added in a separate speech at the policy meeting that technological change is also a factor re-shaping the workforce needs of the state DOT community.

“Technology threatens to remake every aspect of every company and industry that we deal with,” he said. “So you must ask yourself these questions – what do you foresee the most significant challenge to retraining workers for the new jobs of this brave new world? Is the private sector focused on that challenge? Is our educational system, which is built around four-year degrees up to the challenge in a world that needs continuous training?”

Garrett noted that this movement forward “can be exciting and refreshing” and lead to new ways of doing business. “But it also demands that we must adapt and support a culture that’s reimagining our work structure and learning platforms, that’s moving to continual education training and retraining across all portfolios within a state DOT,” he emphasized.

Shailen Bhatt, president and CEO of ITS America and the former executive director of the Colorado DOT, explained in an interview with AASHTO Journal that “workforce issues have changed a lot” in the state DOT community, but in many cases for the better as there is more positive appeal for transportation jobs among younger workers.

“Back in 2005 when I would go to parties and people would ask, ‘What do you do?’ and I would say ‘I am in transportation,’ they would often leave and not come back, because transportation just wasn’t that exciting,” he said. “But now, I go around the country and around the world and there is a lot of excitement about our field right now. [But] it is not just because of the technology involved; people recognize that transportation is an inflection point,” he stressed. “At this moment in our history, we are part of a transformation that will change way that we interact with our cities, that we interact with each other, that we experience our lives, and each other and experience our lives – and that’s pretty exciting to be a part of.”

Bhatt believes that the ability, as he describes it, to “do cool tech stuff” while reducing traffic congestion and vehicle crashes, all while making communities “better and safer places,” is a “purpose” that calls to younger people.

“I think state DOTs can offer that opportunity, if we package it right and provide good work places to foster them, help them flourish,” he explained. “I think we have a pretty important ingredient here – purpose-driven work. That’s attractive to younger workers today.”