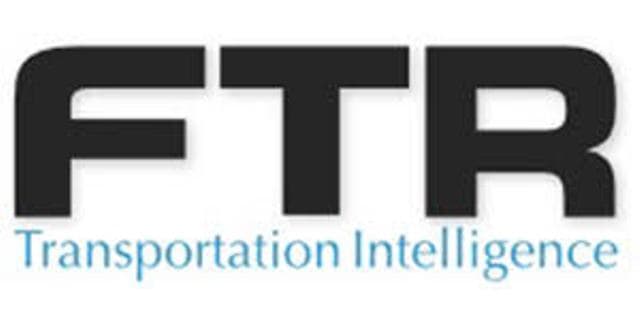 All good things must end, and things have been very good in the trucking industry for a protracted period. Knowing that the economic upswing in this country has already set longevity records, many in the industry have been watching for signs that the party may be ending sometime in 2019.

2019 might be toned down compared to 2018, but that doesn’t mean the good times are over quite yet, said Avery Vise, vice president trucking research for FTR Intelligence during the most recent monthly FTR State of freight Webinar.

“Despite all the hand-wringing we hear from many quarters, things are still actually pretty good, especially considering how mature the cycle is,” Vise said. Looking at the various indicators used to assess the health of the economy overall, most are pointing up, he said. The job market and consumer spending are still strong, and energy prices have been “remarkably stable.”

Manufacturing is still solidly in growth territory, Vise added. Inventories have been stagnant, but e-commerce could be playing a role in that. If there is a weak area, it would have to be housing, Vise said. But inventories of existing homes are low, he added, and as wages and employment levels remain high, conditions are favorable for housing to improve.

So, with the overall U.S. economy apparently holding its own, Vise turned the attention more directly at trucking. December was an interesting month, Vise said.

“It appeared not long ago that container imports at the nation’s ports were high, but those goods were being warehoused in anticipation of higher tariffs on Chinese goods,” Vise said. “A lot of it was being held locally rather than being transported inland.”

Looking at the ports of Los Angeles and Long Beach, Vise said, December data shows a continued surge in imports, but there has been a sharp uptick in inbound intermodal, suggesting Southern California warehouses are filled to the brim.

“The upshot is that while imports might be softer in LA/Long-Beach in Q1,” Vise said, “trucking-intermodal moves still might be pretty good because of the backlog in the pull forward.”

Further ahead, he added, the industry will have to wait and see what effect he tariffs will have on imports.

December also provided a pleasant surprise, Vise said. The Trucking Conditions Index has been consistently high, he said, but with low fuel prices and strong loadings, the Shippers Conditions Index was pushed into positive territory for the first time in two years.

“We’ve been used to a consistently high TCI and a consistently negative SCI, and we had a December in which everybody was happy,” Vise said. “Rates have been the story. The big story of 2018 and even late 2017 was the imbalance in the spot market.

“The spot market is still tighter than the five-year average, but it is far looser than it was last year. Spot rates are very close to the five-year average.” He said he expects to see “a good, strong year” in 2019, “but just not a crazy one like we’ve seen in the past 18 months or so.”

On the capacity side of the equation, everybody knows truck orders were remarkably strong in 2018, Vise said. In fact, two quarters set records. Of course, that has made the recent plunge in orders since the start of the year more dramatic.

It’s really nothing to worry about, Vise said. There were so many orders in 2018 that the wait time for orders to be filled is well into the second half of 2019 or longer, which is “a bit of a disincentive,” he said.

Even so, orders haven’t so much crashed as have gotten closer to historically normal levels, he said.

With all the new trucks that are hitting the streets, that should mean increased capacity. But “trucks don’t drive themselves, of course, at least not yet,” Vise said.

Trucking has been on a hiring spree for almost two years, Vise said. The number of drivers employed by for-hire carriers increased by 4.8 percent in 2018, slightly higher than the 4.2 percent increase in the general U.S workforce.

“As we continue to see strong job creation and continued low unemployment, maintaining even the current growth rate might be challenging,” Vise said. “The degree to which carriers can get drivers or even choose to get drivers in 2019 is probably the biggest question mark as to how the year will play out in terms of rates.”

Truck utilization, Vise said — the rate at which seated trucks are being used to haul freight — has been at 100 percent since the third quarter of 2017.

But with current conditions in mind, and an anticipated flattening of growth in freight, “we do expect mild but steady softening throughout 2019,” Vise said. “Overall, our forecast is that rates are going to be very close to flat. Spot rates will likely be down sharply, perhaps as much as 7 percent.”

Contract rates, he added are expected to rise 1 or 2 percent.

There are other issues on the horizon, but Vise believes they should have little bearing on 2019 but need to be considered further ahead.

The second phase of the ELD mandate is set to take effect December 16, Vise said. “It’s not going to be a huge deal but it’s something to keep on the screen as a potential for disruption.

Hours of Service reform has the potential of being a bigger issue, although it “won’t affect this year – and maybe not next year, either,” he said.

The drug and alcohol testing clearinghouse, coming in early 2020, has some people concerned about what it will do to the driver pool. “We did an analysis a few months ago,” Vise said. Using estimates from FMCSA, they estimate 14,000 more drivers will needed to make up for the ones that will be lost to this system, and another 7,000 each in 2021 and 2022.

“I think a lot of people had it in their minds that this would be a much more significant,” Vise said.

If the DRIVE-Safe Act were enacted, which would create a process to allow 18-year-olds to drive interstate, it could more than offset the clearinghouse, it’s estimated it could yield 48,000 tractor-trailer drivers and another 24,000 light-duty drivers in the first year alone. But that’s a big “if,” Vise added.

The DRIVE-Safe Act was introduced to Congress in 2018 but died in committee. It was recently reintroduced in both houses of Congress.