Home The Nation Lane Departures: Here’s where ‘road warriors’ are real and you’re the target 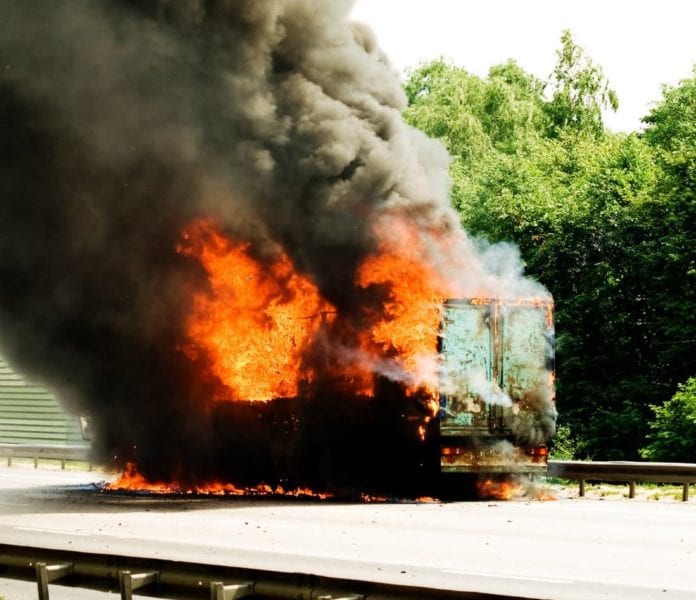 I’m going to play the odds here and guess that at some point today, or at least this week, anybody reading this has had to put up with some aspect of being a truck driver that they really hate. And it’s probably something that you have to put up with on a regular basis. Something unavoidable. Something that’s just part of the job or of the life that goes with the job. In fact, I’ll bet there’s more than one thing about the job that eats at you. Even if, overall, you would say you like being a professional truck driver, there are those pet aggravations that make you wonder to yourself, “Why do I put up with this?”

Always remember, it could be worse.

Also playing the odds, I’m guessing that at least once in your childhood, you refused to eat what was on your plate and some adult tried to pull the old “There are starving children in Africa” routine. It didn’t make the Brussels sprouts any more appealing, but maybe it gave you an early taste of perspective.

Putting the two together, whatever it is about the truck driving profession that you find unpalatable, there are truck drivers in South Africa who would love to have your working conditions. At least no one is trying to kill you.

Have you heard about what’s going on over there? On other parts of the continent, they may be concerned about poachers going after elephants and rhinos and other big game. In South Africa, truck drivers are the endangered species. So far in 2019, there have been hundreds of attacks on trucks in South African highways. The country’s Road Freight Association — South Africa’s equivalent to the American Trucking Associations — estimates that in the past year fatalities from these attacks are occurring at a rate of nearly one per day. The attackers have used projectiles, dropping boulders and bricks from overpasses. They’ve blockaded roads. And in some parts of the country, they’ve taken to using firebombs.

Just as the methods have varied in these attacks, so have the motivations. South Africa does not have a driver shortage. If anything, they have too many qualified truck drivers. In the part of the country where the firebombs have been most prevalent, South African officials have said the attacks have been in protest of unscrupulous carriers who try to save a buck (or in South Africa, a rand) by hiring uncredentialed foreign nationals, keeping native-born drivers on the sidelines.

In one incident two brothers were driving tandem, and they decided to pull over for some rest. One of the trucks was firebombed, and when the driver got out and ran, a second gasoline bomb was thrown directly at him.

But in large part the attacks are seen as being directed at carriers, with the drivers being collateral damage. In a recent case that has become a stop-the-violence rallying symbol, two men, both credentialed South Africans, stopped their truck to rest. Someone threw a Molotov cocktail into the cab. One man escaped. The other died from his burns 12 days later.

Many of the attacks, especially near the coast, have been motivated by nothing but sheer greed in the growing chaos by gangs who will toss something through the windshield of a passing truck so the driver will lose control and crash. Then the robbers swarm in like hyenas on a wounded zebra. In one incident, it was reported that the driver had survived the crash but died in the stampede of looters.

The attackers have shown little or no concern for bystanders. The South African government has issued an advisory to all motorists to avoid using the highways at night, when the majority of the attacks occur.

The situation has gotten to the point that it is having a serious effect on the entire nation. We often talk, in hypothetical terms, of what would happen if the trucks stopped running in this country even briefly. Could you imagine what would happen if they could only move safely in full daylight? South Africa is close to not having to imagine.

What makes the situation so scary is it illustrates just how vulnerable we all are, how much we depend on each other to uphold and live up to the standards of civilized behavior.

You may say, well, that’s South Africa.  It’s happening there, not here. And even if it did, we’d quash it quick.  I’m not sure I agree, but if you believe that, it just shows we have things better than a lot of other people do.

There is a lot of room for improvement in the world of the professional truck driver, and some days just seem determined to point out to you everything that’s wrong with your career. But never let it get you too discouraged. Every job has its good parts and bad. At least you don’t face the prospect of people trying to kill you every time you hit the road.

If you do, that’s on you, brother, and yes, you need to make some changes.