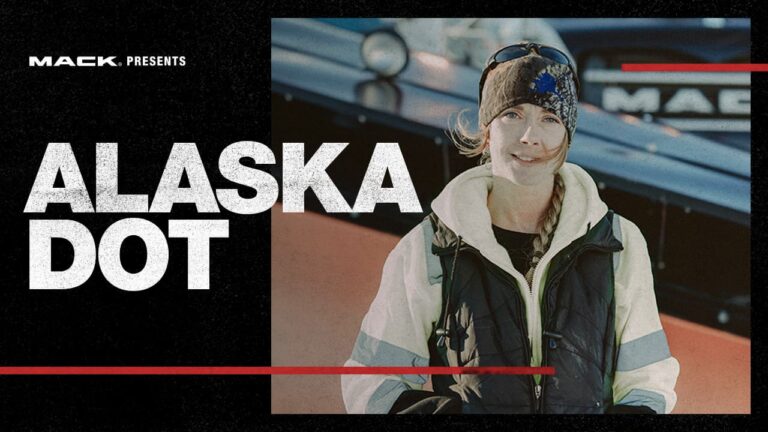 GREENSBORO, N.C. — Mack Trucks is doubling down on the debut of RoadLife 2.0 with the launch of two episodes on roadlife.tv.

Featuring the grueling efforts of Alaska Department of Transportation snowplow drivers to clear one of the snowiest highways in the U.S., to the challenge of building a modern logistics business from the ground up, RoadLife 2.0 picks up from last season, sharing the stories of everyday people doing extraordinary things.

“Our first episodes feature Alaska DOT and Full Tilt Logistics, two organizations with very different missions,” said John Walsh, Mack Trucks vice president of marketing. “Yet in both of their stories, a number of commonalities emerge: hard work, dedication and the ability of Mack trucks to help them achieve success.”

The Richardson Highway is the only road in and out of Valdez, Alaska, the terminus for the Trans-Alaska oil pipeline, and Alaska DOT relies on two Mack Granite model snowplows to keep the road open.

Battling in the neighborhood of 400 inches of snow annually, Alaska DOT relies on the trucks’ brute strength to clear the road, as well as some high-tech tools to make sure they stay on the road, even in whiteout conditions. A sophisticated differential GPS system with an in-cab display shows drivers where the truck is located to within less than an inch.

“Now, it’s almost like a video game,” said Mark Hanson, Alaska DOT terminal manager in describing the differential GPS system. “If I start going over the centerline, the indicator on screen turns red to tell me I’m not where I need to be. If I’m in a white out, I still know where I’m at in the road.”

Reno, Nevada-based Full Tilt Logistics takes the meaning of a family business to the next level. Starting with just three trucks, five members of the Novich family quickly grew the business into a 16-truck fleet hauling high-value loads across the western United States.

“When we were first starting out, I was doing some research into the driver shortage, where it’s at now and where it’s going,” said Cris Novich, managing director, transportation for Full Tilt Logistics. “It became abundantly clear that our No. 1 customer is the driver. If we keep them happy, they will want to come work here.”