MARTINSVILLE, Ind. — State highway officials expect to open a new section of the Interstate 69 extension project between Indianapolis and Bloomington by the end of December.

That step will reopen the main route between the two cities that has been cut off as a 5-mile stretch of what was Indiana 37 through Martinsville was closed in January to upgrade the roadway and build interchanges.

The state highway department said the closure allowed the work to be finished a year faster than if limited traffic was maintained through the work zone. While the section of highway will be open by Jan 1, some lane closures are possible through summer as crews finish detail work, agency spokeswoman Natalie Garrett told WTIU-TV.

Work will then turn to upgrading the Indiana 37 corridor between Martinsville and I-465 on the southwest side of Indianapolis. No full closures are planned on that section as construction is expected to continue into 2024. The I-69 extension has been under construction through southwestern Indiana since 2008 and currently runs from Evansville to Martinsville.

Martinsville Mayor Kenny Costin said the closure has caused many headaches as traffic was detoured through the city.

“There are days you’re banging your head against the wall thinking, ‘Goodness, when’s this going to be done? This has been a pain,'” Costin said. “But when you look the entire whole picture, it has been good for the city.”

The highway closure has led to more traffic in the city’s downtown and a boost for its businesses.

“They said they thought they might be done at the end of November. I said, ‘Well, I hope not. Christmas is our time,'” said John Badger, owner of the Martinsville Candy Kitchen. “I wanted to keep the people coming through Martinsville.”

Costin said he believed completion of the highway will set Martinsville up for growth as a bedroom city not too far from Bloomington or Indianapolis. 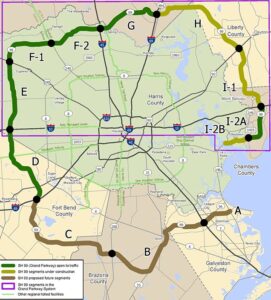