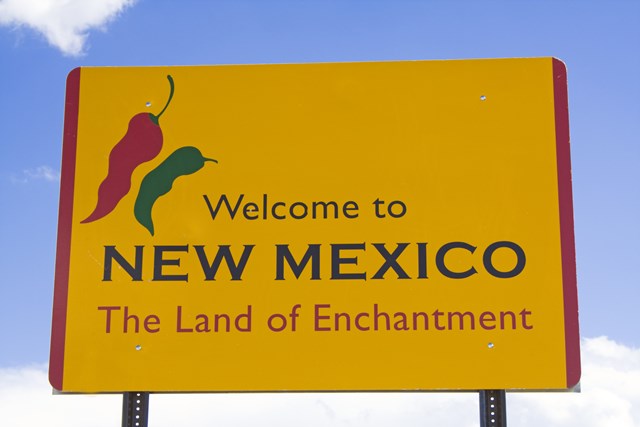 HOBBS, N.M.  — New Mexico Republican gubernatorial hopeful Steve Pearce is calling for a system of toll roads in southeastern New Mexico to serve booming oilfield and other commercial traffic around one of the most-productive oil and gas areas in the world.

Speaking to a group of business leaders in Carlsbad, New Mexico, last week, Pearce, of Hobbs, unveiled a plan he said would be financed by private companies and without taxpayer dollars, the Hobbs News-Sun reports . Its aim would help traffic coming from the Delaware Basin, an oval-shaped shale rock formation that protrudes from southwest Texas northward into New Mexico’s Eddy and Lea counties.

Modern drilling technologies have turned that zone into one of the most-productive oil and gas regions on the planet.

But traffic from heavy oil trucks has damaged New Mexico roads and created dangerous conditions on highways as police contend with an increasing number of automobile fatalities in the area.

“We have all heard the tragic stories of accidents on our highways in southeastern New Mexico,” Pearce said. “The roads are overcrowded and stressed beyond capacity, creating an unsafe situation for our New Mexico families and workers.”

New Mexico, unlike nearby Texas and Colorado, has no toll roads.

Pearce said, if elected, he will work immediately after the November general election to secure commitments from companies to completely finance and build the new toll roads in Lea and Eddy counties.

“The tolls will be used to maintain the roads and to recoup the companies’ investments,” he said. “Taxpayer dollars will not be used, and in fact, these investments made by the companies will save tax dollars through reduced wear and tear on our public roads.”

Grisham spokesman James Hallinan dismissed Pearce’s idea for toll roads in that area of oil-rich New Mexico and called it an “out of touch plan” at a time when New Mexico families and businesses are struggling to get by.

“Michelle Lujan Grisham has released multiple comprehensive policy plans to rebuild our infrastructure and economy to make New Mexico a safer and more prosperous place for our children and families,” Hallinan said.

Pearce said if elected, he would hope is to complete the toll roads in the first half of his administration.

“I’m thinking that we get it done in the first two years,” he said. “We’re dangerously overcrowded on the existing roadways.”

At a price tag of about $2 million per mile for two-lane roads, Pearce estimated building 130 miles of toll roads would cost about $260 million.

Building four-lane toll roads would increase the overall costs to about $500 million.