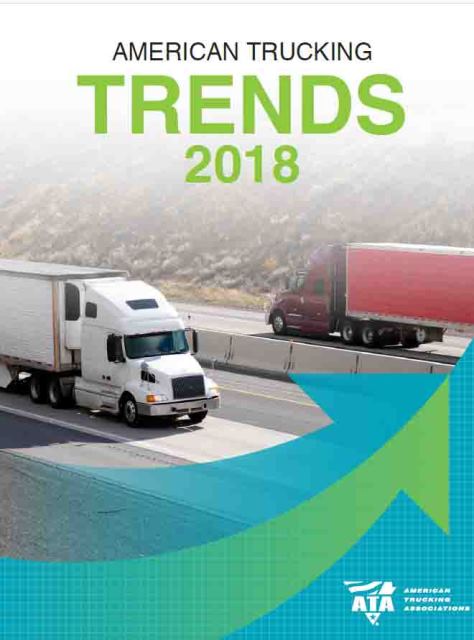 ARLINGTON, Va.  — Trucking is a big business and the American Trucking Associations’ release of the latest edition its annual compendium of trucking industry data — “ATA American Trucking Trends 2018” — highlights the industry’s dominance over the freight market.

“Information, when presented properly and accurately, tells a story,” said ATA President and CEO Chris Spear. “The information in these pages highlights exactly what I tell elected officials, regulators and key decision-makers every day: Trucking is literally the driving force behind our great economy. Safe, reliable and efficient motor carriers enable businesses throughout the supply chain to maintain lean inventories, thereby saving the economy billions of dollars each year.”

Among the findings in this year’s edition of Trends:

“Trucking is a critical part of the economy and the supply chain,” said ATA Chief Economist Bob Costello. “Trends allows policymakers and business leaders to see just how big that impact is while debating key issues like trade, infrastructure investment, workforce development and tax policy.”