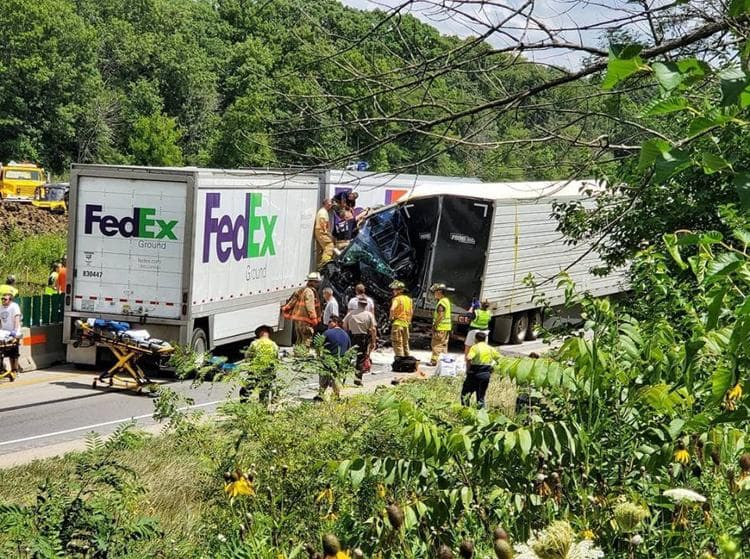 “This is encouraging news, but still far too many perished or were injured, and nearly all crashes are preventable, so much more work remains to be done to make America’s roads safer for everyone,” said U.S. Transportation Secretary Elaine L. Chao said.

The 2018 FARS release also clarifies previously released data on large trucks involved in fatal crashes. NHTSA reexamined supporting material and reclassified several light pickup trucks to an appropriate large truck category (10,000 lbs. gross vehicle weight ratings (GVWR). As a result, the 9% increase in large-truck-related fatalities reported for 2017 has been revised to 4.9%. For 2018, large-truck related fatalities increased by 0.9 percent. The details of the scope of the changes are documented in the 2018 fatal motor vehicle crashes overview research note.

No data was available on Class 8 tractor-trailer combinations.

Other findings from the 2018 FARS data include:

“New vehicles are safer than older ones and when crashes occur, more new vehicles are equipped with advanced technologies that prevent or reduce the severity of crashes,” said NHTSA Acting Administrator James Owens said. “NHTSA has spent recent years partnering with state and local governments and safety advocates to urge the public to never drive impaired or distracted, to avoid excessive speed, and to always buckle up.”

Jonathan Adkins, executive director of the Governor Highway Safety Association (GHSA) said the organization was pleased to see the 2018 decline and the estimated 3.4% dip thus far in 2019.

“A decline in 2019 would mark three straight years of fewer fatalities despite a strong economy, which typically correlates with increased traffic deaths,” he said. “However, the only acceptable level of deaths is zero, and we will not rest until that is achieved.”

Adkins said GHSA was glad to note progress in reducing alcohol-related, speeding-related and motorcyclist fatalities in 2018.

“The tremendous investments made today in highway safety have been beneficial, but clearly not commensurate with the need,” Adkins said. “GHSA is committed to working with our partners in the federal government, advocacy community and at the state and local level to accelerate the momentum toward zero deaths on our nation’s roadways.”

NHTSA said the projected 2019 decline translates to an estimated first-half 2019 fatality rate of 1.06, the lowest first-half level since 2015. The estimates for the second quarter of 2019 represent the seventh-consecutive year-over-year quarterly decline in fatalities, starting in the last quarter of 2017.

NHTSA is identifying opportunities to leverage its resources and collaborate with modal partners within USDOT to reduce fatalities among pedestrians and pedalcyclists (bicyclists and riders of two-wheel, nonmotorized vehicles, tricycles, and unicycles powered solely by pedals), among whom 2018 fatalities unfortunately increased by 3.4% (to 6,283) and 6.3% (to 857), respectively.

With the release of the 2018 and 2019 data, NHTSA also introduced its new Fatality and Injury Reporting System Tool (FIRST), a modernized crash query tool that lets users not only query fatal crash data but also generate estimates of crashes and people injured in crashes. The upgraded functionalities in the new tool include generating multi-year trends, estimates of alcohol involvement, and charting/tabulation/mapping of query results. The tool, along with instructions on its usage, can be accessed here.