Republicans unveiled their plan Tuesday in a substitute version of the state transportation budget. The House finance committee planned to vote on the substitution Wednesday with a full House vote expected Thursday.

DeWine proposes raising Ohio’s current tax of 28 cents per gallon by 18 cents per gallon starting July 1 and adjusting it annually for inflation. The House proposes an increase of 10.7 cents a gallon over three years beginning Oct. 1. The House proposal would increase the current 28-cents-per-gallon diesel-fuel tax by 20 cents a gallon, with that increase also phased in over a three-year period.

The House plan increase, which would not be indexed to inflation, would raise about $872 million per year, compared with about $1.2 billion from DeWine’s plan.

DeWine pushed his recommended tax increase during his State of the State speech on Tuesday and urged lawmakers not to reduce it. The governor called his proposal a “minimalist approach” that’s necessary to fix the most serious problems as soon as possible.

DeWine repeated his support Wednesday for his proposal, calling the 18-cent increase “the bare minimum” needed to address needed repairs of poorly rated bridges, dangerous intersections and some new construction.

“Anything less than that, we’re not going to be doing enough for public safety,” DeWine said.

House GOP members have indicated their plan would lessen the impact of a tax increase on consumers while still meeting road-maintenance needs. Republican Rep. Scott Oelslager, chairman of the House Finance Committee, has described the plan as a “more equitable” distribution of the tax burden.

The House GOP budget version also includes $70 million per year for public mass transit, compared with DeWine’s recommended $40 million, and a $200 registration fee for electric vehicles. It also would impose a $100 fee on hybrid vehicles and repeal the current requirement that Ohio vehicles have a front license plate in addition to one on the back. 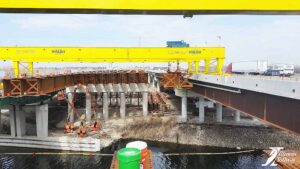 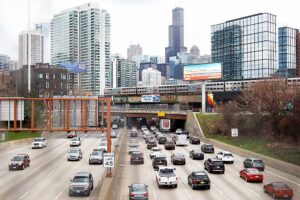 Buttigieg sends $5B to cities for safety as road deaths soar