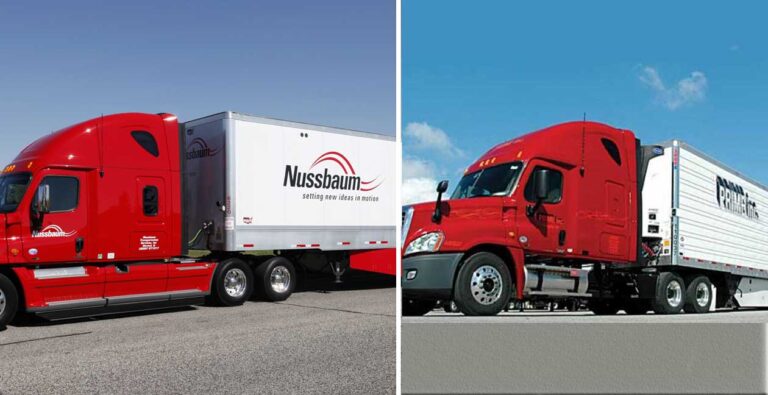 LAS VEGAS — Prime Inc. and Nussbaum Transportation have been named winners of the Truckload Carriers Association’s 2019 Best Fleets to Drive For competition.

The announcement of the winners was made in the opening general session of the association’s 81st annual convention here Monday.

Best Fleets to Drive For, now in its 11th year, is an annual survey and contest that recognizes North American for-hire trucking companies who provide the best workplace experience for their drivers. It is held in partnership with CarriersEdge.

To participate in the competition, fleets must be nominated by a company driver or independent contractor working with them, after which they are evaluated across a broad range of categories reflecting current best practices in human resources.

The top 20 finishers are identified as Best Fleets to Drive For and then categorized according to size. The highest scoring fleet in each category is named overall winner.

Prime and Nussbaum have both been named to the Best Fleets Top 20 multiple times, but are winning the overall award for the first time.

TCA said Prime’s variety of committees, social groups and educational offerings provide contractors with an ever-increasing range of options for personal and professional development. Notable this year is a new program designed in partnership with Missouri Good Dads to help drivers build and strengthen family connections while away on the road.

Nussbaum, which operates 400 tractors, combines both high- and low-tech solutions to create a balance across its programs, TCA said. With an industry-leading scorecard and mobile app, a simple but effective driver outreach schedule, and a formal career path and certification program, Nussbaum has raised the bar in all categories.

CarriersEdge Chief Executive Officer Jane Jazrawy noted that while both Prime and Nussbaum  provide exceptional programs for their drivers, they also have impressive safety and retention numbers, and satisfaction scores well above 90 percent.

“For several years, these fleets have been catching our eye with their range of creative programs,” Jazrawy said. “Each year they continue to expand on those offerings, so it’s easy to see why their drivers speak so highly of them, and why they’re achieving such stellar results.”

“Year after year, the overall winners are truly changing the game,” he said. “It’s imperative that fleets establish driver-centric offerings which attract and retain a skilled workforce, while establishing programs that improve the work-life balance for their employees. Prime Inc. and Nussbaum Transportation have done just that. Congratulations to both winners on this well-deserved honor.”

The Best Fleets to Drive For survey and contest is open to any fleet operating 10 or more trucks, regardless of TCA membership status. Nominated fleets are evaluated in areas such as: Driver compensation, pension and benefits, professional development, driver and community support, and safety record.

In addition to the Top 20, TCA and CarriersEdge identified five Fleets to Watch (honorable mentions):