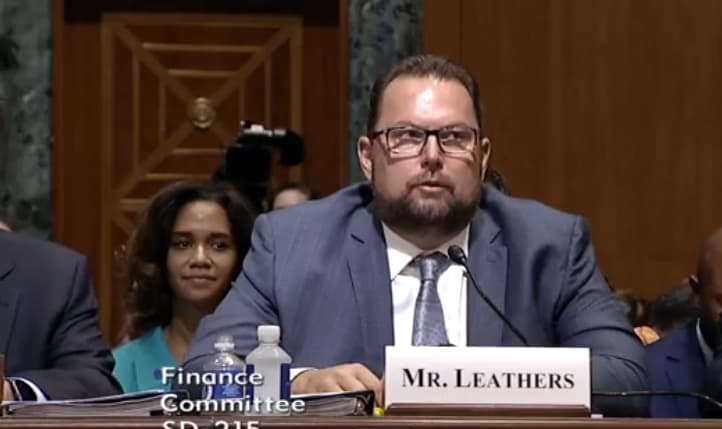 “Failing to pass the USMCA would have a negative impact on truck drivers along with the customers we serve across North America: manufacturers, farmers, retailers, and consumers,” Leathers told the Senate Finance Committee on behalf of the American Trucking Association. “Ratification will provide certainty and usher in a new era of increased innovation, more good-paying American jobs, and sustained economic growth.”

In his testimony, Leathers highlighted the importance of trade with Mexico and Canada to the U.S. trucking industry, which moves roughly 76% of all goods that are shipped between the three countries.

“Every day, there are 33,000 truck entries across our northern and southern borders—hauling more than $2 billion of goods,” he said. “To put this in perspective: 12.2 million truck crossings moved approximately $772 billion of goods across our Canadian and Mexican borders in 2018.”

Because of how interconnected the U.S. economy has become with Mexico and Canada since the 1994 enactment of the North American Free Trade Agreement, failing to ratify the USMCA would have a serious negative impact on the trucking industry, putting tens of thousands of jobs at risk.

“The USMCA represents more than a trade agreement. The flow of commerce between our nations has become a major cornerstone of our economy, supporting the livelihood of roughly 90,000 people employed in the U.S. trucking industry, including nearly 60,000 U.S. truck drivers,” he said.