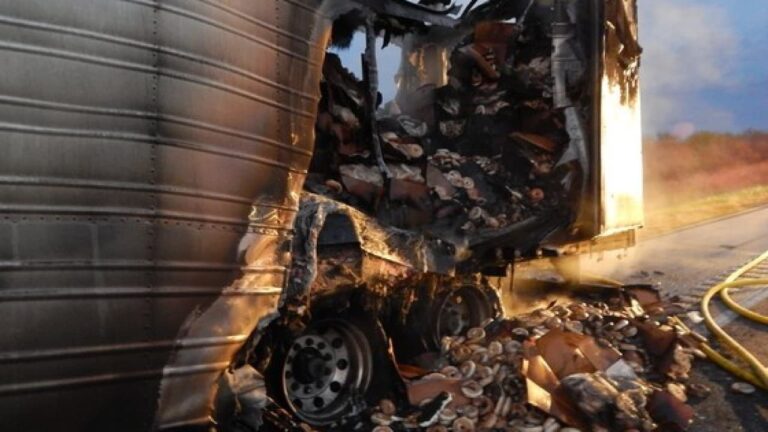 Hey dispatch, do you know where I can get 55 gallons of cream cheese in a hurry?

That is what an Indiana Trooper must have been saying when he came upon a big rig on Interstate 65.  That is where he found 38,000 pounds of frozen bagels burning in a tractor-trailer fire.

Indiana Trooper Mason Wiley was off duty early Sunday evening when he saw smoke coming from underneath an 18-wheeler.

Wiley, who was headed south, found a cross over and turned around to pull over the trucker.

The driver, 31-year-old Quiner Louis of Florida apparently failed to disengage his brakes, causing them to spark and ignite the fire.

By the time the semi driver got his big rig pulled to the shoulder of the road, the brakes were fully engulfed in flames and the fire was quickly spreading to the trailer.

Louis was able to disconnect the tractor from the trailer but when firefighters arrived, they were too late to save the trailer’s contents. 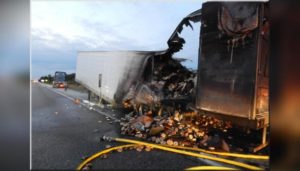