Jeron Whittmore is a hard workin’ man, and he’s got the trophy to prove it. In the 2020 Shell Rotella SuperRigs competition, held virtually last summer because of COVID-19 restrictions, Whittmore was recognized as the Hardest Working Trucker.

Despite his young age of 22, Whittmore has been working in the family business for much of his life. The Whittmores currently run 16 trucks from their base in Huntsville, Arkansas. Most of those trucks support the family’s hardwood logging operation — the family buys and cuts standing timber to supply the mill.

“We produce lumber, crossties and six-by-eights (specialized sizes used for pallet construction),” Whittmore said. “It might be 90% oak; there ain’t a whole lot of pine.”

After the lumber is cut, the sawdust, bark and byproducts are used, too.

“We ship mostly around Arkansas — Arkansas City, Springfield, Hatfield,” Whittmore said. “They just got everything jumped around.”

Working around trucks so often, it was only a matter of time until Whittmore earned his CDL and started driving. His father and grandfather both helped teach him to drive, and he was moving trucks around the woods long before he was able to legally drive within state lines at 18. When Whittmore turned 21, he was allowed to drive interstate.

“I used to go and help my dad and grandpa in the woods,” he related.

“I’d pull the truck up to the loader. I’d have to let the seat down to reach the gas. Once I got it in gear and got moving, I’d let the seat back up so I could see over the dash,” he said with a laugh. “I’d have to let it back down if I needed to stop.”

The family maintained their own equipment, and Whittmore gained experience in working on and rebuilding trucks.

His love of both trucks and the family business led to one very special project.

In 2014, while still in his early teens, Whittmore found some tax paperwork with information about a 1991 Peterbilt 379 his father, Jerry Whittmore, had purchased and leased to National Carriers. Jerry was only 21 when he purchased the Pete, and at the time, he was the youngest driver in the National fleet.

Jerry loved the ’91 Pete, which he described as “top of the line” for its day. He even had his name engraved on the African rosewood dash. Unfortunately, Jerry developed a foodborne illness that prevented him from working for months. He was forced to leave the road, and the truck was eventually sold.

More than two decades later, Jeron’s paperwork discovery led to an exhaustive search to track down the truck.

“I just always thought it’d be pretty cool to find one of my dad’s old trucks,” Jeron said. “It meant something to him because it was his first truck.”

When the truck was finally found in Olton, Texas, the old Peterbilt had 2.6 million miles on the odometer and was in poor repair. The original blue paint had been partially covered with white and red paint in an American flag pattern. The original interior was all but gone, and the rosewood dash panel with Whittmore’s name had been bleached white from the sun.

The Pete’s condition was so bad that Jerry tried to convince his son to leave it there, but Jeron wasn’t backing down. The truck was driven to the Whittmores’ home, and the restoration process began.

“We did everything but the paint and the engine rebuild,” Jeron said. “The whole family was involved.”

The engine was removed and sent out for a complete rebuild at TLG Peterbilt in Lowell, Arkansas. Retired parts specialist Leroy McCart visited to help list the parts needed.

The prep work for the paint took many hours.

“It was that real thick, shelly paint. We peeled and stripped it off,” Jeron said.

Nearly all of the truck’s components were original, as confirmed by comparing serial numbers, and many hours were spent sandblasting corroded parts and restoring them to like-new levels. Because the truck’s original interior had been replaced, the Whittmores completely rebuilt it.

“It was me and my dad mostly, and my other two brothers; they helped a lot, and my mom and sister,” he said. “The whole family involved in that one. It took us a year and two days to rebuild.”

Once restored, the truck was sent off to Peterbilt for the final touches, including charging the air conditioning. Unfortunately, one of the lines blew out when pressurized, and a new one had to be ordered, delaying the truck’s maiden voyage.

Jeron has entered the truck in a few shows, including the virtual Shell Rotella SuperRigs event in 2020. He plans to enter more shows, but says he will concentrate on those closest to home to minimize interference with the business.

When the family isn’t minding the business, they can be found racing go-karts. The Whittmores own four of them, including the one Jeron drives at tracks in Butterfield and Blue Island, Missouri, and at a local track near their home.

Jeron’s latest “project” might just result in a fourth generation of Whittmore truckers.

“I actually just found out I’m fixing to have a little boy,” he explained. “I’m pretty excited. I was nervous at first, but pretty excited now.”

Jeron and an older brother are teaming up to build miniature versions of their trucks for their sons. Jeron was inspired by online videos of the “Wee Pete,” a miniaturized copy of a Peterbilt 379 built by Brandon Davis for his son, Rooster.

“We’re going to take them to truck shows so the kids can drive them like we drive ours,” Jeron said.

Whether he’s restoring memories from a past generation, helping plan for the next one or just pitching in to keep the family business running, Jeron Whittmore plans to continue working hard.

Disclaimer: The writer of this article was one of the judges for the SuperRigs competition. 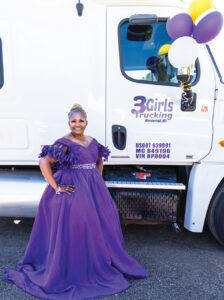 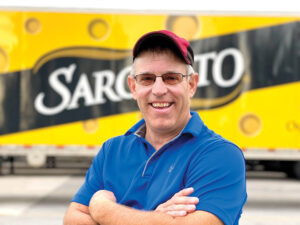 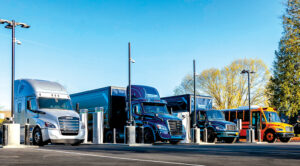 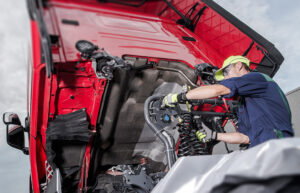 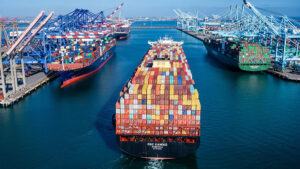