CONWAY, S.C. — Hannah Oldham hasn’t been in the trucking business very long, but she’s already figured out the importance of maintaining health and wellness on the road. The 23-year-old from Conway, South Carolina, won the Fit to Pass Fittest Driver Push-up Contest that wrapped up Sept. 12.

Oldham, who drives for Prime Inc., posted a video during the final week of the contest showing her completing 47 push-ups to take home the championship belt buckle and a Bluetooth Hyperice Hypervolt. She bested second-place finisher, Nicole Patterson of Pomona, California, by just one push-up.

“I’ve always been pretty fit, and I’ve always been kind of competitive,” said Oldham, a native of Bedford, Pennsylvania. “Growing up and in high school, I always went to the gym, trying to watch my weight. With getting into driving and coming to Prime, they’re very particular on trying to keep their drivers fit. They have a lot of health classes that they take us through.”

Oldham, who has only been driving for two years, found out immediately how easy it was to gain weight while on the road.

“The first year I probably gained 20 pounds, and I was like, ‘This can’t keep happening,’” she said.

Determined to make a change and get back to her ideal weight, Oldham took a serious inventory of what she was eating, cutting back on fast food in favor of cooking healthier meals in the truck.

“Cooking in the truck definitely makes things a lot easier,” she said. “Anything you cook, just about, is better than eating at a fast-food restaurant. Now I have a refrigerator on the truck and mainly do a lot of cooking on the truck versus a burger and fries.”

Oldham also committed to a workout regimen. She and her driving partner, Craig Skiba, stopped off regularly at local gyms along a route — or lacking that, parked the truck and exercised on the pavement when necessary.

“We try to go to Planet Fitness a lot. I give them a lot of credit; that’s what helped me lose weight and gain muscle,” she said. “But when we can’t get to the gym, we do push-ups and sit-ups outside the truck.”

Oldham said Skiba was an essential part of her success, providing accountability for when her motivation was running low.

“I consider [an accountability partner] really important,” she said. “Some days we’ll stop at the gym and I’m like, ‘Man, I really don’t feel like going!’ and he’s like ‘No, we need to go.’ It helps boost me. It gives me what I need to get up and go in.”

Given the diet changes and fitness routine she was already doing, Oldham might have had a slight overall head start on other competitors in the Fittest Driver competition. But, she said, she had a lot of work to do to build the upper body strength needed to complete push-ups.

“When the contest started, I could do like, five push-ups,” she said. “I started out with the five; and then I would do what I consider ‘girl push-ups,’ where you’re on your knees. I would do as many as I could with that, up to like 25 or 30.

“Then I’d go back and restart and do the five regular push-ups again and then do the 25 or 30 girl push-ups. I think just doing that in repetition built my muscles up in my arms a lot. I did that every day,” she concluded.

Oldham initially posted a video during the competition phase of the six-week Fit to Pass program in which she completed 30 push-ups. She thought that was good enough to win until a challenger stepped up late in the contest.

Since the contest wrapped up, Oldham has kept push-ups as a part of her workout regimen. She says that beyond the usual health benefits, eating right and being fit has also made her a better, more engaged driver.

“It definitely does affect me. If I don’t go to the gym a day or I skip a week or so, I just feel groggy,” she said. “You don’t feel good about yourself — at least I don’t. Especially with what you eat; going to a fast-food restaurant and getting something, I feel like I’m bloated. I feel horrible after I eat that versus eating healthy.”

As the duo have continued their winning routines — Skiba placed fourth in the competition with 77 push-ups — they’ve found they sometimes have to be creative to get in a good workout during the age of the coronavirus.

“COVID definitely changed things, because the gyms shut down for a while. It was really depressing, because it’s nice to go into the gym. The gym environment just makes you want to work out more,” Oldham said. “That’s when we really got into working out outside the truck. We had to figure out things to do, and that’s where the push-ups, sit-ups and (bringing) little dumbbell weights on the truck came in.”

As for her fellow drivers, Oldham said there’s no excuse not to get some exercise in, whether it’s on the road or between hauls: All it takes is some commitment and imagination.

“We’re all busy,” she said. “We hardly ever stop because it’s a team truck, but when we switch out, we try to switch out at a gym every other time. We’ll just stop and go in for an hour or so for a break. Or, just get outside the truck; like, in 15 minutes you’re done.”

Other winners in the women’s division of the contest include:

To read more about the winner in the men’s division, click here.

The Fittest Driver Push-up Contest, presented by Fit to Pass and The Trucker, was designed to test the strength and conditioning of professional drivers and get them on the road to better health. The virtual online event challenged drivers to perform as many push-ups as they could in one uninterrupted set. There were separate divisions for men and women, and prizes were awarded to the top five finishers in each division. To read a note from Bob Perry, The Trucker Trainer, click here. 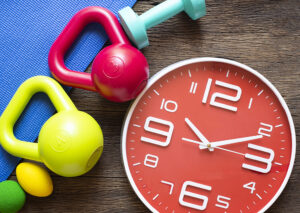 Each driver’s schedule, personal preference can determine the best time of day for exercise 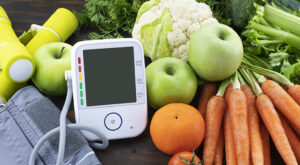 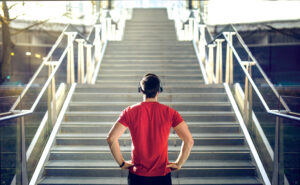 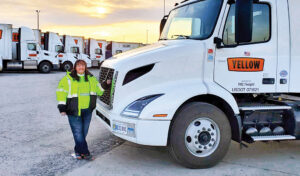 Great article, Hannah demonstrating perseverance pay’s off. Congratulations to Hannah and all the ladies for participating….

I look forward to meeting Hannah in-person next month.

Bob aka The Trucker Trainer…

I ll take my burritos and my egg rolls,burger and fries too.
I don t have weight problems,if I eat “healthy” I lose a lot of weight,I need my pros and my carbs.
What this girl eats would be unhealthy and unsound for me,not to mention “healthy food” tastes horrible.
But to each her own.