“Steering Your Way to Better Health” challenged truck drivers to squat their way to a healthy lifestyle.

The latest Fit to Pass fitness challenge was a six-week-long virtual competition during which drivers could train — and share videos throughout that training — but determining the winners came down to the final week. A winner was named in both the men’s and women’s divisions based on the number of squats completed in the final week of the six-week challenge.

Bob Perry, known by many drivers as The Trucker Trainer, is the driving force behind the Fit to Pass program, which aims to help drivers pass the Department of Transportation (DOT) medical certification exam.

When the COVID-19 pandemic began, Perry wanted to do something to keep drivers engaged in exercise.

“I had to get creative,” he said. “We couldn’t have live events, so how could we keep engaged with our drivers and keep them motivated?”

The first contest had a similar setup to this one, with drivers being challenged to complete push-ups for prizes. The second contest looked to bring awareness to the rising suicide rate among veterans. Participants were asked to do 22 pushups for 22 days in memory of those fallen soldiers.

“This is not something to be intimidated by; this is something for anybody at any level to help them get started on some type of fitness program,” Perry said.

In the first push-up challenge, Perry said he discovered participants would view the final uploads of others to try and then rush to beat the previous top-ranking participant with more pushups.

“A lot of times drivers are lonely and isolated,” Perry added. “This is a good way to interact with social media folks.”

In the squats contest, Perry said the competition grew fierce, with many participants waiting until the final day of the contest to share their videos to avoid others attempting to beat their high score.

Patterson chose to participate in the squats challenge after being beaten by only one pushup in the first Fit to Pass challenge.

“I felt I needed to redeem myself,” Patterson said. “I’m a competitor and love a challenge, so when they put out the sign-ups, I was happy to sign up.”

Patterson made the transition from hauling livestock and flatbeds to over-the-road trucking two years ago. She’s currently a driver for KKW Trucking in California, and she’s no stranger to fitness.

Previously a fitness instructor, personal trainer and pageant competitor, Patterson said she struggled with anorexia but knew how important it was to stay fit.

“Too many truck drivers are obese, and Fit to Pass is a great tool truckers can use to get healthy again with these fun challenges and coaches to help them lose weight and pass their DOT physical exams,” Patterson said. “I know I recommend this organization to many truckers who think it can’t be done and they’ll have to give up their job. I know I have a different mindset, which makes it hard for people to grasp, but thankfully, Fit to Pass is a place to send them to help them get on the right track.”

Patterson trained with five sets of weighted squats, push-ups and planks every other day to prepare for the competition.

“My goal was 500 but I felt really good,” Patterson said. “You never know who will win. I was just trying to do my best to put in a good set. I’m super happy, and my company is proud of me too. I’m just glad to do something positive and show people what we can do if we put our minds to it.”

Of course, she’ll participate in the next Fit to Pass competition, she said.

“I’m also super proud of all the ladies who did their best too, and for putting in the work.” Patterson said. “It’s hard being on the road, but everyone did amazing and pushed hard to do their best. I’m honored to be able to compete with awesome people.”

Hawes, the winner in the male division, said he came across the contest just as he began working out after a hiatus.

He found the contest through his employer, UPS, and started training. Hawes ordered a weighted vest to start using during his runs.

“I would do squats with the weighted vest on, and I’d try to increase the number of squats I would do,” Hawes said. “I started off with 25; then I’d try to double it every time.”

Hawes’ routine was similar to Patterson’s: He would take a day or two between his squat workouts to prepare for the contest.

The highest he had increased his squats before the contest was 500 — yet he more than tripled that number in the final week of the competition.

Now that he’s proved to himself that he can do 1,845 squats without stopping, he is encouraged to keep going. Hawes is now working out Monday through Friday, preparing himself to win the next fitness competition.

He’s even set a goal for himself — to get up to 2,000 pounds on a squat machine to break the record in the “Guinness Book of World Records.”

“I’ve just always had strong legs,” he said. “I was a search and rescue swimmer in the Navy.”

Hawes was in the Navy for six years before he started trucking with UPS. He’s always liked operating heavy machinery, and when the opportunity came up to obtain his commercial driver’s license (CDL), he said, he took it — and hasn’t looked back.

“Michelin has been a huge leader in helping really drive this program to national status,” Perry said. “Then Alcoa Wheels got involved in contributing their wheels. They all understand the value of the proposition of this — if we don’t have drivers, (no one needs) to buy tires or buy wheels. Fahrenheit batteries has been another great contributor. They understand it’s important for drivers to keep their own personal batteries charged and in good shape.”

“I have to increase the competition level,” Perry said. “This next one, they’re going to win a set of drive axle tires, which is eight tires with four wheels. So, that’s like $5,000. It’s a big deal.”

Drivers will have to earn it, though, by completing as many mountain-climbers as possible. The newest competition is already underway. Click here to learn more and to get started. 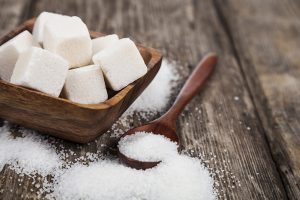 High-sugar diets could lead to health problems for drivers 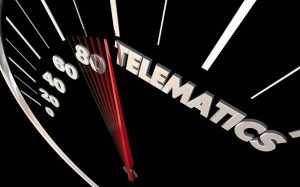 Telematics, predictive monitoring can apply to health, too 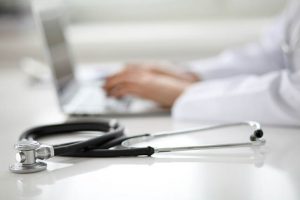