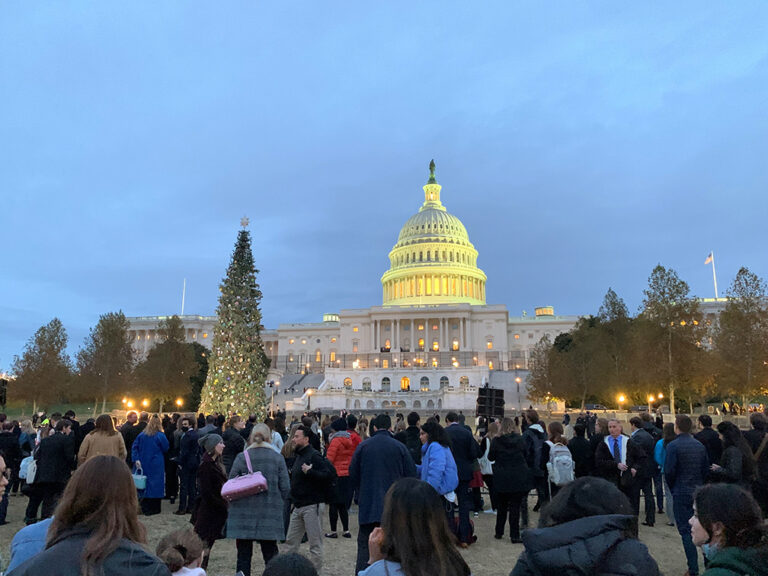 Every year, a different national forest is selected to provide a tree to appear on the West Lawn of the U.S. Capitol for the holiday season. This year, California’s Six Rivers National Forest, in partnership with nonprofit partner Choose Outdoors and Visit California, chose this special gift — an 84-foot-tall White Fir — that was transported from California to Washington, D.C., by truck. The official tree-lighting ceremony was held Wednesday, December 1.

Since 2012, the Truckload Carriers Association (TCA) has proudly sponsored the U.S. Capitol Christmas Tree. During its 4,000-mile trek this year, the U.S. Capitol Christmas Tree, also called “The People’s Tree,” made a special stop at the Williamsport Town Hall in downtown Williamsport, Maryland, on Tuesday, November 16. As part of TCA’s sponsorship, the organization can host the tree in a city of its choosing. View additional photos at truckload.org/Flickr.