Despite all the challenges of the pandemic era, the Truckload Carriers Association (TCA) continues to grow its membership roster by leaps and bounds. Making sure each association member stays connected to association programs and benefits is the job of the TCA Membership Committee.

“I’m really proud of the work the membership committee has done,” said second-year committee Chairman Tim Chrulski. “First and foremost is how we’ve provided members with the opportunity to connect with their peers. Especially in a group like TCA, it is very much a family atmosphere. The members genuinely want to see other businesses succeed, because it’s raising the bar for all members.

“The ultimate goal here is to create a strong bond between the more tenured members and the newer members and getting everyone to see the value of all that the organization has to offer,” he continued.

A former driver, Chrulski is now chief operating officer for Garner Trucking in Findlay, Ohio, and is in his 25th year in the trucking industry. He started participating in TCA committee work in earnest more than a decade ago.

“TCA doesn’t require you to be on a committee in order to attend meetings, so like a lot of first-timers, I just kind of lookie-loo’d a bit,” he shared. “I started on joint committees and have gone from there.”

Chrulski is joined in his leadership duties by Membership Committee Vice-Chairman Chris Henry, who is chief operating officer for KSMTA Canada. Henry, who himself has 20 years in the transportation industry, is also a familiar face in TCA circles. He noted that the committee has had its work cut out for it lately, given the rapid growth in the group’s overall membership numbers.

“The focus of the committee, of which I’ve been a part for a couple years now, is not necessarily bringing more members on, although that’s nice to do and we have the benefit of having enjoyed record growth,” shared Henry. “We’re more about integrating both carrier members and associate members into the DNA of TCA.

“If you’re a carrier, we want to know what your hot buttons are, what things you feel the industry needs most and connecting you with the appropriate resources and committees and networks for that topic,” he added. “If it’s someone interested in advocacy, we’re getting them connected with a call in to Washington and our staff advocacy people. If it’s best practices, we have a best practice program and we get them connected with that.”

For many TCA members, the Membership Committee serves as a guide to the association.

“It’s the job of this committee to connect people and get them engaged with other members, right off the bat,” remarked Henry.

Chrulski said one of the recent improvements he’s helped bring about is more regular meetings of the committee members, adding that he’s leveraged technology to do so.

“One of the things I’ve always struggled with when it comes to committee work is if you only have two meetings a year, you really don’t share or see much of each other,” he said. “One of the things I wanted to do right away was get some regular engagement. I didn’t want it to be hour-long or two-hour-long meetings, just get-togethers once a month to discuss where we were at with the membership committee’s work.

“From there, we’ve branched off and put together a mentorship program or task force that acts through the committee and does some outreach to new members,” he continued. “When new members come on board, someone from our mentoring program is getting ahold of them, welcoming them to the group, making sure if they have any questions that they get answered and just making them feel a part of things.”

Making connections, both professional and personal, is an important aspect of TCA membership.

“Each member is assigned a new member and the goal is to introduce ourselves and make ourselves available and hopefully connect with them at a physical meeting during the year,” added Henry. “We recently completed our annual convention, so we got to meet a lot of those people that just joined. The goal is to ask them what they want to do and then be the sounding board and give them the path to get those objectives filled.

“We have specific groups within what we call the TCA Profitability Program — for example, where these carriers can get together with each other and learn in intimate settings about what each company is doing to get better,” he continued. “That alone delivers a pretty big ROI.”

Both men expressed their excitement about the work to be done in the year ahead.

“One of the things that the committee is going to work on this year is the issue of how we can better illustrate the value of the success that businesses are having as a result of being a part of TCA,” shared Chrulski. “We want to share some of those success stories through their social media platforms while making sure we strongly identify TCA with that.”

“Highlighting those success stories and framing that out is all about doing things differently today than you did yesterday,” added Chrulski. “I think having those conversations and knowing and sharing those stories can go a long way with the membership next year.”

Henry said everything that’s going on in the industry makes membership in TCA as relevant as it’s ever been. Thanks to the work of the various committees and the expertise of the TCA staff, members are well equipped to navigate the tremendous change occurring and to come in the trucking business.

“There are different methods for getting your voice heard in this industry,” he explained. “It’s pretty easy to make your voice heard individually, but without an organization behind you it’s very hard to get that voice heard and acted on in a meaningful way. There are a lot of issues in trucking that didn’t exist years ago that, just from a technological point of view, are now only 10 or 15 years away.

“If our members don’t come together and make their voices heard collectively, they’ll be drowned out by those with very deep pockets,” he concluded. “Therefore, I think membership in an industry association is as important, if not more important, than ever.” 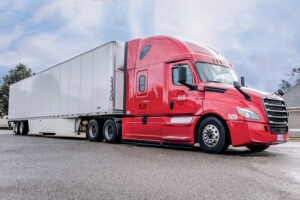 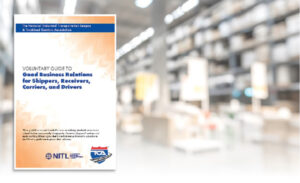 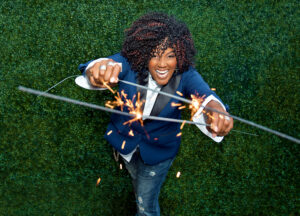