Believe it or not, professional football and trucking have something in common.

Both rely heavily on the term “safety.”

In football, the safety position is a team’s last line of defense against a wide receiver or runner who has gotten loose in the secondary and is headed for the end zone.

In trucking, safety is the first line of defense against accidents and the No. 1 priority among motor carriers.

In trucking, the best carriers come together to determine who’s the best in safety in the Truckload Carriers Association’s Fleet Safety Award program, with the winners in the large and small carrier categories being announced at the TCA convention each year.

You might call it the Super Bowl of Safety.

Much like the New England Patriots’ domination in football, so is Bison Transport’s recognition as the benchmark of carrier safety.

The Winnipeg, Manitoba-based carrier has been named the best among larger carriers the last 10 consecutive contests.

“We have assembled an incredible team of professionals that work together as ‘one Bison,’” shared Penner. “We set lofty goals for ourselves as individuals and collectively for our business. We are more strategic than we are reactive, and we execute as well as anyone in our industry. Beyond that, the sheer pride our fleet has in the brand we have created — North America’s Safest Fleet — is something truly special.”

Penner said Bison openly shares its vision for safety with anyone.

“We have no competitors when it comes to safety,” he added. “We share the roads with everyone and we want everyone to come home safely, every trip, every time.”

Bison Transport considers safety as an investment in its people and for the family and friends who wait for the safe return of their loved ones, Penner said.

“We have policies, procedures, and systems in place, but these alone are not what will make people want to be safe. People need to understand why it is important to be safe,” Penner commented. “If people understand the why, if they personalize it, they are more likely to act on it. Beyond that, we attract and retain those who believe in this mantra. Our driver retention rates have allowed us to personalize a skills-development cycle for individuals, versus focusing on compliance programs like many businesses are forced to adopt.”

One policy that is well-received among Bison Transport drivers and employees is the empowerment to put safety first regardless of the circumstance.

“With our entire organization focused on safety, it creates an environment where people are respected, can speak up, and can make decisions that keep them and others safe,” added Penner, continuing that whether it’s equipment or in their professional development, people see Bison’s investments in safety.

Drivers especially like the “right to decide” policy that gives all drivers the right to make decisions that ensure their own safety. If at any time the driver deems it is too hazardous to continue, they are empowered to discontinue driving until they feel it is safe to do so.

Bison carefully monitors its safety performance among its drivers.

“The driver safety performance report provides a fair and meaningful measure for drivers so they can understand the impact of their performance and where improvements can be gained or have been achieved. It is a key indicator of the safety and health of our drivers and is the main influencer in how we improve safety whether it comes in the form of training, equipment options, technologies, or supports,” said Penner. “The driver’s overall risk level, or risk level in any category prioritizes intervention. All incidents are discussed with the driver. The driver safety performance report is viewable through the driver’s intranet login so they can view their risk level, in what areas they are at high risk, and how their risk level is impacting their safety. Drivers know exactly where they stand.”

Penner said a top-level driver earns 15% more under this program.

Bison’s safety record is also good for the bottom line.

“We have several shippers who have sought us out to handle their freight — typically high risk or high value — but mostly it allows us to retain their business as they know that we can deliver intact, on time and damage free. All things being equal, our safety record and our driver retention rates are what set us apart,” he said.

Penner predicts a marked improvement in highway safety with the implementation of the new American hours-of-service (HOS) regulations.

“Electronic logs were a game changer in a positive way. Our concerns regarding driver fatigue and driver stress as it related to HOS regulations were no longer our opinion, they became documented fact. We could easily demonstrate and validate the concerns of professional drivers,” shared Penner. “Our drivers, widely regarded as among the safest in industry, would continue to tell us that they have never been so fatigued. The current HOS regulations forced them to drive continuously without the ability to adapt to their personal stress or environment or suffer substantial financial penalty. To allow drivers some flexibility is truly a step in the right direction.”

“Safety is measured in all areas of our business, not just the priority or measurement for the safety department,” he concluded. “From equipment specifications, operational deliverables, customer selection — everything is geared to support the safety of our people and those we share the road with.” 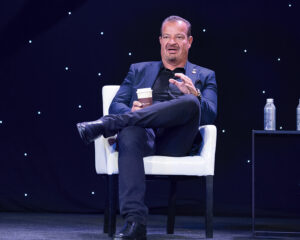 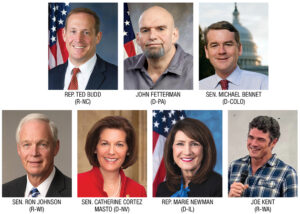 Going for the Goal: Political teams scrimmage for control of US House, Senate