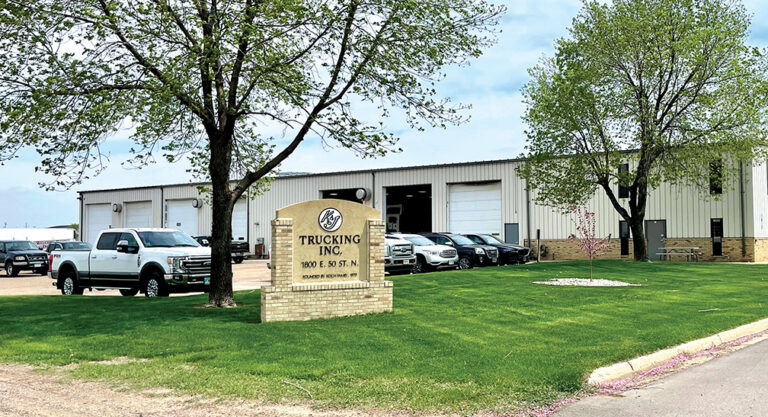 Ask any trucking company on the road today what the secret is to long-term survival, and sooner or later they will get around to talking about lasting business relationships.

K & J Trucking of Sioux Falls, South Dakota, is no different. Talk to people around here, and they’ll sound the familiar refrain that the way a company stays in business — especially a smaller company such as theirs — is to out-service the other guy. “Treat ’em like family,” they’ll say, “and you create a competitive advantage that rivals even price in the minds of customers.”

While many in trucking share this mantra, K & J trucking goes above and beyond to deliver on this promise.

“We’ve never been afraid of innovation or change,” said K & J Director of Communications Carrie Anderson. “Sometimes it’s very easy for companies to get stuck in their ways. We are always asking ourselves the hard questions: ‘Is this really the best way, or is there a better way?’ ‘Has technology come about that makes this easier or is this the best way to do it?’

“I think another thing is the type of drivers we employ,” she continued. “We really do strive to look for people who are in the industry for the long term and really in it for a career. We’re picky about who we hire, and that’s intentional. We want the best of the best, and we want people who are excellent in their industry. This comes to the forefront.”

Anderson said there are many examples of how K & J puts this philosophy into action in ways other shippers don’t. And in many cases, this added focus doesn’t cost a lot, either. Simple, genuine listening delivers at least as much value as customer feedback, if not more, for pennies on the dollar, she explained.

“Unfortunately, in the industry you’ll hear companies talk about drivers almost like they’re just steering-wheel holders. That could not be further from the truth,” she said. “Drivers are a lot smarter than a lot of organizations and companies give them credit for.”

The K & J team makes a point of truly listening to driver feedback, according to Anderson.

“We have monthly listening lunches and breakfasts every month, and we try to rotate the day of the week that it happens so various drivers can attend,” she shared. “We ask them what’s going well, what’s not going well, what customers are a problem for you, who are the customers that you love working with, what are the runs that you want more of, what are the things that you want less of?”

The results, she said, have been very beneficial, both for the company and the drivers.

“Instead of talking at them, we listen. We’ve actually found we’ve ended up getting some great ideas from our drivers while being able to have much better, fuller conversations about why policies are the way that they are,” she added. “It’s been a really big improvement in our communication.”

The emphasis on drivers’ long-term career satisfaction doesn’t end with listening sessions and a few meals. K & J also offers a lease program that helps drivers achieve their goal of being an owner-operator in less time than they could if attempting to do everything on their own.

“If their end goal is that they want to be a company driver for the rest of their life, that’s fine — and we’ve got a place for you at K & J,” said Anderson. “But by far, we find most of our people really have a drive and a passion for owning their own business and becoming an owner-operator or a lease operator at some point.

“Our lease program is probably our best-kept secret here,” she continued. “The really cool thing about it is that we really hold their hand as much as they want or as little as they want to help them get to that point. We will walk alongside them.”

If the thought of a company training drivers with the express goal of letting them be their own boss — therefore risking losing them — sounds like a radical idea … well, it is. But considering that about 90% of K & J’s current drivers are owner-operators and employee turnover is still near zero proves that the company’s commitment to integrity and respect is paying off.

“Doing the right thing is a huge part of who we are,” she said with a smile. “During COVID, doing the right thing looked like paying for empty miles, even for owner-operators, because we were having to limp them across the country when nothing was open.

“Sometimes doing the right thing is not always the most fiscally advantageous thing, and that’s OK because we believe that if we are true to our values and true to the relationships that we have with our drivers that it all comes back, and it has,” she continued.

That doesn’t mean it’s always easy to do the right thing.

“I don’t mean to make it sound Pollyanna or overly positive. Certainly, things are difficult, but I think honesty and communication gets us a very, very long way,” shared Anderson.

“Our call as a Christian company is a little different,” she explained. “We don’t do this just to have a business; we do this because we feel called to employ drivers and to bless drivers through the trucking industry. We look at things in terms of, ‘Here are these challenges. How can we rise to meet them in a way that’s consistent with our faith and in a way that does the right thing?’”

Launched in 1979 by Dave Koch, K & J Trucking is today led by Koch’s daughter, Shelley Koch. The 100-truck outfit runs dry van and temperature-controlled loads from its Sioux Falls headquarters, and also operates a satellite terminal in Guymon, Oklahoma. In 2022, K & J Trucking was named to the list of Top 20 Best Fleets to Drive For by the Truckload Carriers Association and partner, CarriersEdge. The contest is sponsored by EpicVue, TruckRight, and Eleos Technologies. 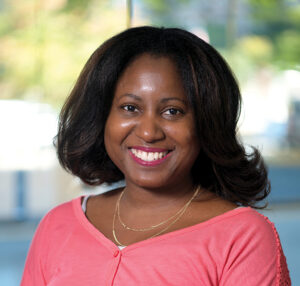 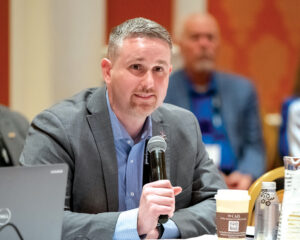 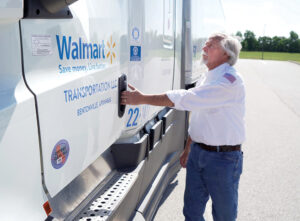 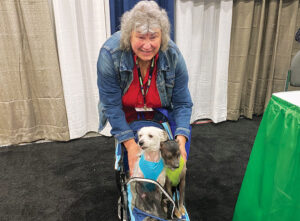 Looking for beauty: Trucker Carmen Anderson travels the highways with canine companions at her side 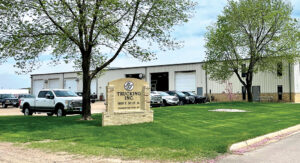