From 1994-2000, Batts served as the president of TCA, where she led the successful turnaround of the Professional Truck Driver Institute (PTDI) and established the Truckload Academy.

Batts has received numerous awards for her contributions to the industry, including the 2006 PTDI Lee Crittenden Award. She was also the recipient of the American Trucking Association’s highest honor, the S. Earl Dove Award in 1994, and was named Woman of the Year by the Women’s Transportation Seminar in 1997.

The Past Chairmen’s Award is TCA’s highest honor. Recipients are leaders who have made a significant contribution to the business community, the trucking industry, and the association.

Contrary to the name of the award, the awardee does not have to be a past chairman of the association. 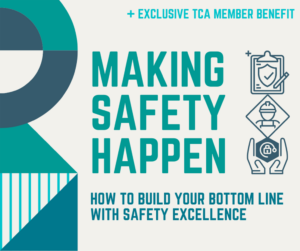