Several years ago, the leadership at the Truckload Carriers Association (TCA) were discussing how to enhance membership opportunities for carrier members, especially those in Canada.

“We quickly came to recognize the sacrifices our Canadian members have made by continuing to travel south of the border for TCA events,” said TCA Senior Vice President of Government Affairs and Safety David Heller. “We wanted to expose TCA and its offerings to our members up north to help alleviate the burden of always flying south.”

TCA’s chairman at the time was Rob Penner, president and CEO of Bison Transport, whose headquarters are located in Winnipeg, Manitoba, Canada. Naturally, TCA officials decided the meeting would always be held in Canada — and, they determined, it would be called Bridging Border Barriers. The first meeting was held in 2017.

One other Canadian has served as chairman; Ray Haight chaired the association in 2008-2009. Haight was executive director of MacKinnon Transport, Inc., Guelph, Ontario, Canada. He received TCA’s Past Chairmen’s Award at Truckload 2022: Las Vegas.

The sixth annual Bridging Border Barriers will be held November 17 at the Mississauga Grand Banquet and Event Center in Mississauga, Ontario.

“The results of the decision to hold this meeting been fantastic, which has allowed us to annually plan for this event as it continues to improve and attract more and more people,” shared Heller.

While the word “barriers” was chosen as part of the name of the event, Kriska Holdings President and CEO Mark Seymour has his own take on the term. Kriska is headquartered Prescott, Ontario.

“I wouldn’t call them ‘barriers,’ but rather the tribal knowledge it takes to do it right,” he said. “For the Canada crowd that crosses the border as part of their networks, it’s important to know the rules and regulations so the border isn’t a “barrier,” but rather just part of the process.

“Things are fluid and always changing so the BBB event allows participants to adjust and be prepared for what’s coming and what’s in discussions,” he continued. “Awareness is critical and without it, you can’t be ready.”

Heller, along with Breslau, Ontario-based Brian Kurtz Trucking General Manager Trevor Kurtz, point to COVID-19 as one of the most recent barriers.

“Cross-border operations were certainly presented with a huge problem of vaccination status for border crossings as a result of the COVID pandemic,” Heller said. “As Canada begins the process of rescinding this requirement, hauling freight across the border, both north and south, does not come without challenges.”

“No. 1 would be the vaccine border restrictions since COVID,” he explained. “This eliminated at least 10% of available drivers in an already-crippled work force. No. 2 is border-crossing delays. Staffing issues at the border coupled with ever changing customs requirements from shippers and receivers have caused long lines and delays at the border for drivers. Many drivers have given up on crossing the border for more local or regional work and less aggravation and delays.”

“As most of us know, the log requirements for both counties are different for sleeper berth, breaks, and rest splits,” he noted. “It makes it very difficult for drivers who are able to work with Canadian requirements while in Canada only to find they are in violation as soon as they cross the border into the U.S. or vice versa. Many companies prefer not to deal with the headache of two different systems so opt out of crossing the border.”

“One challenge that continually presents itself is what I refer to as double compliance,” he shared. “A driver may find that they have entirely different rules to comply within the same day, and the ELD is the perfect example of this

“Canada, as a result of its ELD rule, has limited the options that are available to use because of its third-party certification provision, which does not exist in the U.S.,” he noted. “For a driver or carrier that drives in a cross-border operation, finding an ELD that best meets the compliance requirements of both countries is beneficial.”

Seymour said cabotage rules also come to mind as a result of the USMCA, the updated version of NAFTA. Hauling freight into the U.S. can be done, he said, but foreign carriers are prohibited from hauling freight between two U.S. points.

Bridging Border Barriers is open to all TCA members and prospective members.

“TCA prides itself on its members,” said Heller. “The biggest benefit for this event is placing yourself in a room with fellow members or prospective members that you know are likely dealing with the same issues you are and may have an alternative solution.

“Obviously, providing relevant content based on the current industry environment doesn’t hurt either, but it does provide the opportunity for the attendee to gather dozens of takeaways that they can bring back an implement within their fleet,” he concluded.

Then, of course, BBB offers many networking opportunities.

“I think the educational networking side is wonderful,” said Kim Richardson, president of KRTS Transportation Specialists of Caledonia, Ontario, Canada, whose company was instrumental in starting BBB.  “When you get that many subject matter experts in one group, there’s definitely going to be information to take away to make your company a better business when that happens to be in regard to a federal or provincial nature or something in respect to North American regulations When people leave BBB, they know they will have benefitted from networking opportunities.” 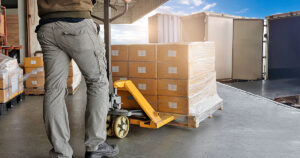 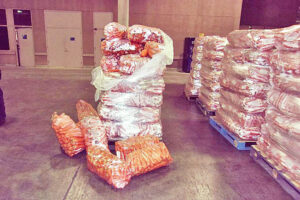 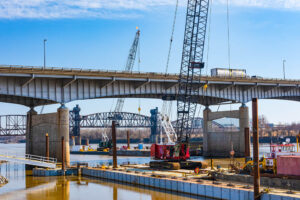