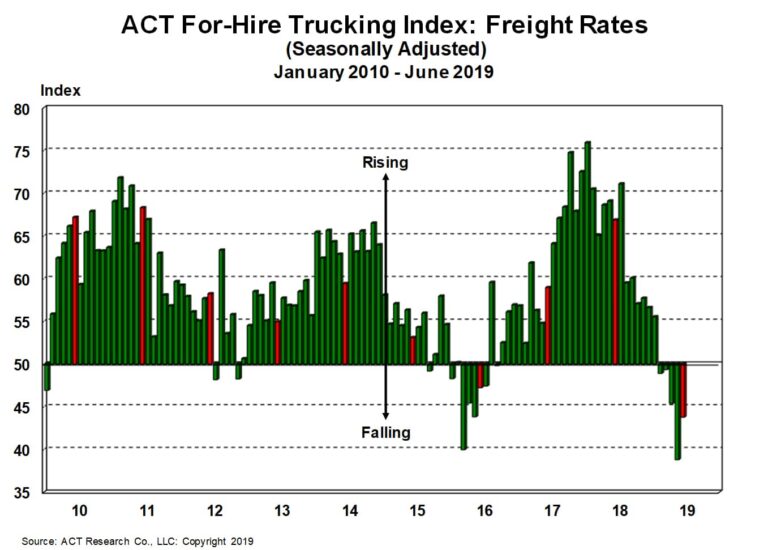 The Volume Index dropped further into negative territory, falling to 43.2 (seasonally adjusted) in June from 46.7 in May.

“Volumes and utilization have been down seven of eight months, and the supply-demand balance has been loosening for eight straight months,” said Tim Denoyer, ACT Research’s vice president and senior analyst. “In line with several second quarter earnings warnings from truckload carriers this week, this is further confirmation of a weak freight environment. May’s Pricing Index looked a little anomalously bad, so it was good to see that pick back up, though still not a great level in June.”

Denoyer said volumes reached a new cycle low in June, likely due in part to rapid growth of private fleets, the slowdown in the industrial sector and some inventory drawdown.

ACT is a publisher of new and used commercial vehicle (CV) industry data, market analysis and forecasting services for the North American market, as well as the U.S. tractor-trailer market and the China CV market. ACT’s CV services are used by all major North American truck and trailer manufacturers and their suppliers, major trucking and logistics firms, as well as the banking and investment community in North America, Europe, and China.