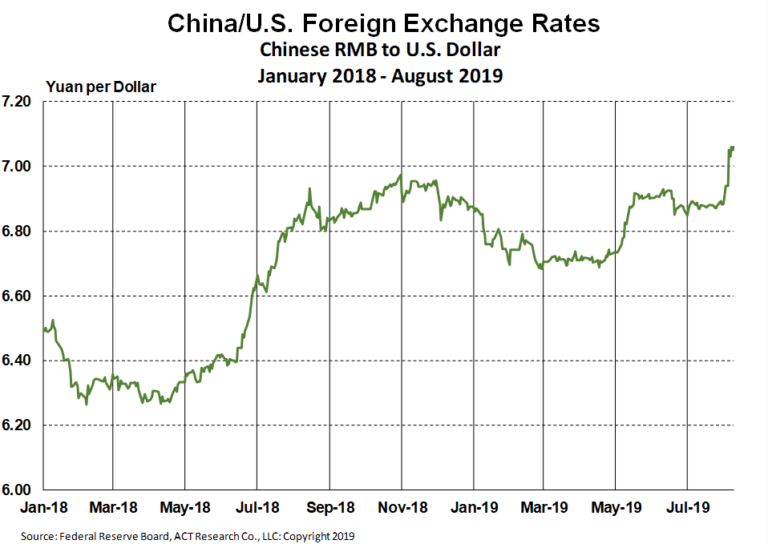 “This month’s chart, the U.S. dollar to Chinese yuan (RMB) illustrates why trade wars are neither good, nor easy to win,” said Kenny Vieth, ACT’s president and senior analyst. “As can be seen, after the U.S. fired the latest salvo in the trade war on August 1, the Chinese responded with in-kind tariffs and a 3% currency devaluation — so far. Since the first ‘shots’ of the trade war were fired on March 1, 2018, the RMB has fallen 12% versus the U.S. dollar.

“So, tariffs imposed by the U.S. have been met with in-kind tariffs from China, and the Chinese government has allowed the yuan to devalue, thereby offsetting the U.S. tariff impact, while simultaneously making US goods even more expensive in China.”

Vieth said the bigger risk, especially to emerging economies is that in order to compete with China, they will have to devalue their currencies, making US goods more expensive in more countries and raising the risk of a deeper global downturn.