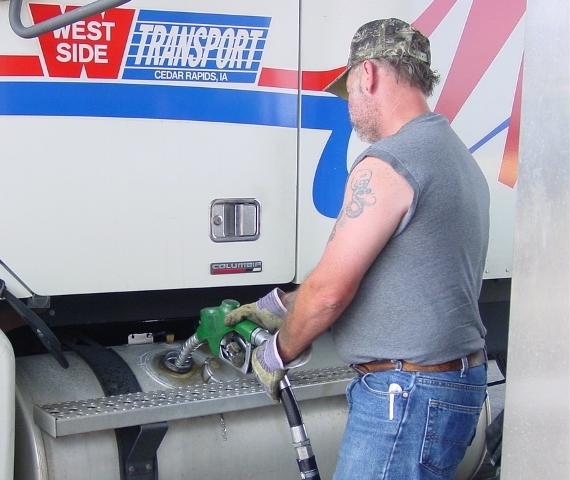 All spring and into the summer diesel prices have been on a slight decline — more or less — but Monday the national on-highway average hopped up 1.9 cents while all 10 of the Energy Information Administration’s (EIA) reporting regions came up, some just a smidgen but others more than 2 cents a gallon.

EIA reported that the national average diesel price is now $3.226 a gallon, while in California diesel is selling for close to $4 a gallon at $3.945.

In fact, truck drivers in all regions are seeing diesel prices hovering above $3-a-gallon and the Gulf Coast region, where the diesel is normally the cheapest, rang up at $3.004 a gallon, having increased 2.3 cents a gallon from last week, when diesel there was $2.981.

Benchmark U.S. crude edged up 0.2 percent to $68.87 a barrel in the New York. Brent crude, which is used to price international oils, gained 0.5 percent to $76.21 a barrel in London, The Associated Press reported.

For details on diesel prices by EIA region, click here.