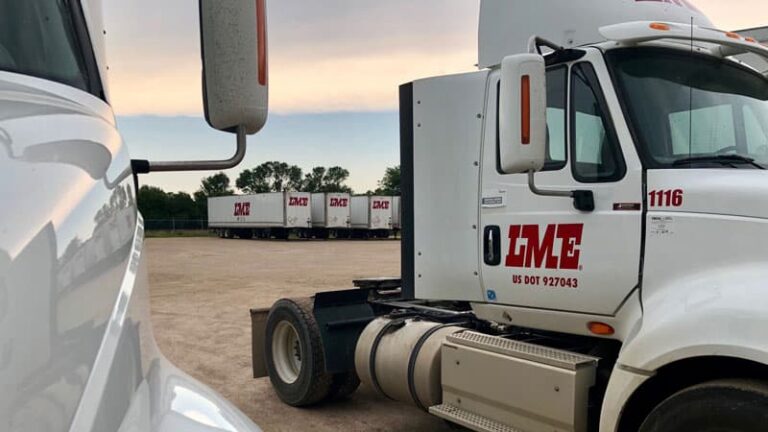 “Effective immediately LME will no longer be accepting any pickups,” read a notice posted on the company’s website Friday.

It read “We apologize for the inconvenience of the situation, but effective July 12, 2019, LME Inc. will no longer be making pickups or deliveries of freight due to unforeseen circumstances and have ceased operations. Our plan is to utilize an alternate carrier to assist in getting all freight delivered and some staff are remaining to help with that. Freight handled by the alternative carrier will be billed by the alternative carrier but with your LME rates applied to the invoice. There will be some delays in the transits of these moves and they may be significantly delayed in some remote locations.”

Then Sunday, in a likely response the employees wanting to know when they would be paid for work prior to the shutdown, LME posted yet another notice, reading “Unfortunately, our lender is in control of all finances. The lender must be paid all monies owed to the lender first before payment can be made to the employees. This process will take at least 90 days if not longer. Updates will be provided over time.

LME trucker Tom Mason told the Minneapolis StarTribune that he was told late Thursday to turn around his truck and go home after he had driven to LME’s Sioux Falls terminal to pick up a delivery, and the next day came more bad news.

His weekly paycheck of $830 was not automatically deposited into his bank account as it was supposed to be. Mason said LME owes him close to $3,000 for regular and overtime work done during the past three weeks.

“I feel sick to my stomach. How am I going to make my rent?” Mason said in an interview with the Minneapolis newspaper. “My brother, who is a dock worker, is owed about $2,400. LME should have learned their lesson after they pulled this … two years ago.”

Mason was referring to a case involving Lakeville Motor Express, which was ordered to pay a $1.25 million settlement to nearly 90 union workers in Minnesota who were abruptly locked out of work and laid off in November 2016 from Lakeville Motor Express in Roseville. Should any of the new monthly payments to affected workers be missed, the penalty will double what LME must pay workers to $2.4 million, according to the agreement LME signed with the National Labor Relations Board.

Payments to those affected employees had just begun with LME shut down.

In the 2016 case, affected workers had filed complaints that Lakeville Motor Express only pretended to close. They said it essentially continued to operate as LME, but with cheaper, nonunion labor. The state of Minnesota and the National Labor Relations Board ruled against the trucking firm, which operates in about five Midwestern states with roughly 600 workers.

That included Scott Evans, who has been driving trucks for the company for eight years and who was told late Thursday to turn his truck around and go back to the Kansas City terminal.

When he pulled in, he was told the company was closing.

“The first thing that comes to my mind … how am I going to feed my family?” Evans told the television station. “It’s almost like they didn’t care.”

Christian Dawson had been working six days a week for LME.

“I was in the middle of working,” he said. “I have a baby on the way, due at any time. We just moved into our apartment, and I have to pay rent. It’s inhumane is what it is.”

Dawson is considered one of the “lucky” employees who managed to take home a paycheck at the end of the day Thursday.

Employees told 41 Action News they are paid weekly but, due to the payroll system, are always two weeks behind. Many of the employees said they are owed three weeks’ worth of pay.

“We’re all doing good and then all of the sudden, it was stopped,” Steve Cain, who had been with the company for eight years, said. “We hit a brick wall.”