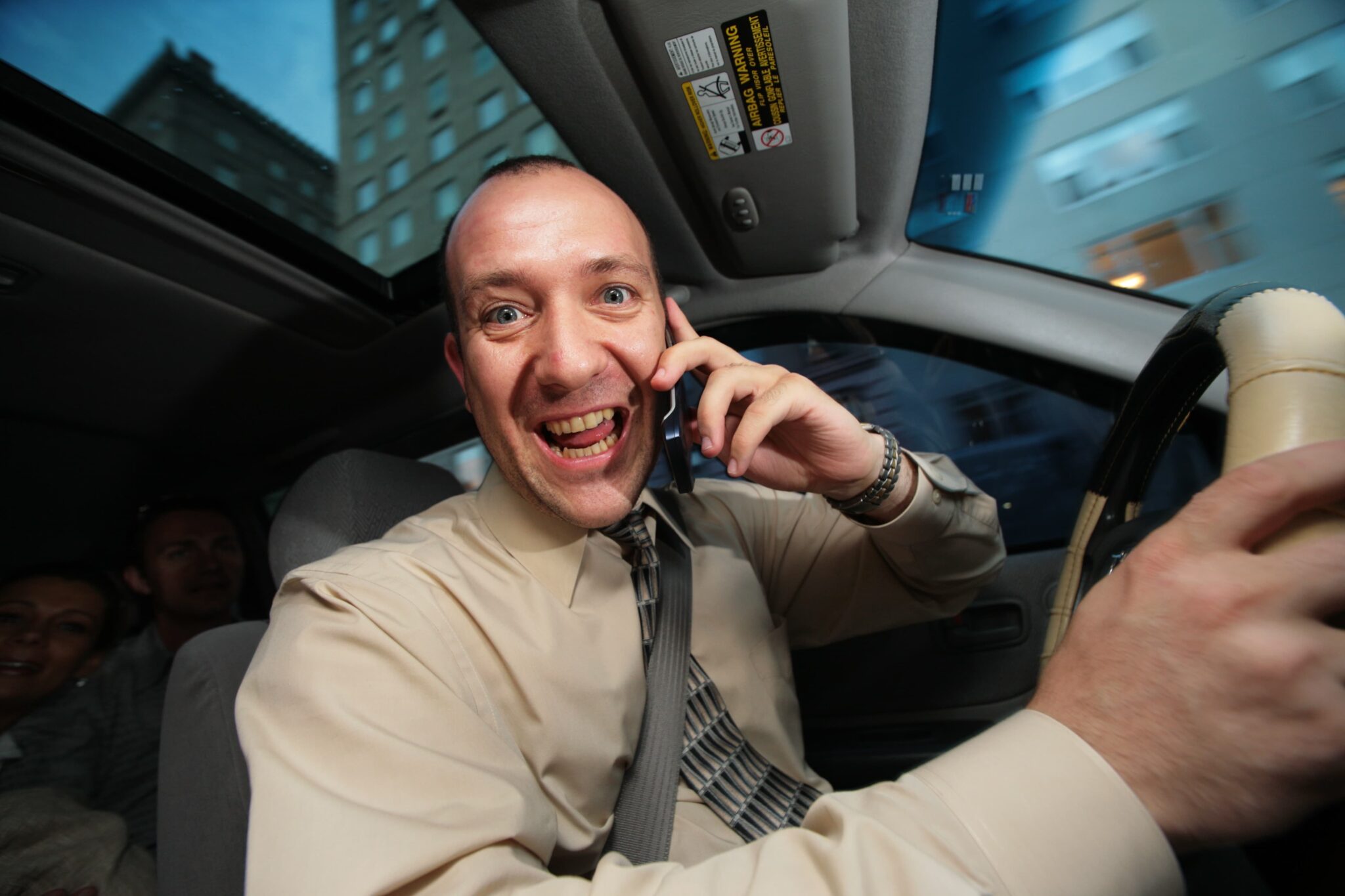 “Did you see that idiot?”

Drivers who still use CB radios often hear things like that. Chances are you have said something like that about another motorist. Or, maybe it was, “Those #&%@* four-wheelers!” Increasingly, you’ll hear statements about other professional drivers, usually with a label of “steering wheel holder” or worse.

Chances are someone has made a similar comment about your driving, too.

Years of defensive driving training have taught us to anticipate the actions of other drivers and to take measures to keep them from involving us in a collision. We are indoctrinated to drive defensively.

A paradigm shift begins to occur when we remove the negative thoughts from our assessment of other drivers. While it may be true that the driver of that “#&%@* four-wheeler” does not possess driving skills on par with our own, it might also be true that the driver is having a serious emotional problem. Or it could be an elderly person who doesn’t have the eyesight or reflexes he once had. Or it could be a person driving under the influence who made a bad decision or two.

If you’re thinking that those circumstances don’t excuse their unsafe driving, you’re right. The point is, until the robots take over, every driver is also a person, a person who might be a mother, father. They could be someone’s wife or child, a friend, relative, mentor or fiancée – YOUR friend, relative or loved one.

If you took a poll asking people to rank their driving skills as “above average,” “average” or “below average,” it’s doubtful the results would mirror their actual driving skills. Few drivers would admit that their abilities are “below average,” but, mathematically we know that at least half the drivers on the roads are average or below.

If our mindset changes from one of “defending” ourselves from these drivers to one of protecting everyone, including ourselves and those other drivers, we can make the roads safer for everyone.

One aspect of this mindset is to understand how our actions might be perceived by other drivers. A left turn in front of oncoming traffic is an example. We might assume that the drivers coming towards us see our vehicle and will, if necessary, slow down to avoid a collision. But, what if they don’t? Could an oncoming driver be fatigued or under the influence of some substance? Could they be distracted by a passenger, pet, or even a text message? We can argue, after the fact, that their actions contributed to the collision, but it’s still a collision we might have prevented.

Another example might be the ubiquitous merging onramp. We know that oncoming traffic should yield to our vehicle and is usually, legally required to yield. We know that some won’t, rolling down the ramp until a collision is imminent before cutting in front of our vehicle or braking and falling in behind. Those drivers cause muttering and sputtering and negative comments, and sometimes they cause accidents, too. But, again, we can anticipate the actions of the other driver and take action to protect ourselves and the driver and occupants of the other vehicle from a collision. A lane change or a speed adjustment might make the situation safer for everyone, even if the other driver is at fault for causing the situation.

Traveling in the center lane of a three-lane Interstate highway is another example. Many drivers believe, and are trained to believe, that the center lane is safest because the right lane is left open for merging traffic and the left is available for faster traffic to pass. Except we know that some will pass on the right. It’s wrong and it’s dangerous – and it happens all the time. And those other vehicles that are changing lanes multiple times to get around our tractor-trailer are causing a hazardous situation for others. Once outside of an urban area, it might be safer for everyone to choose the right lane.

Every professional driver encounters these and other situations daily. Some will scoff at these simple examples and may even be moved to send emails or letters to the editor, explaining the right and wrong of each situation. The reality, however, remains. When someone dies in a collision, does it really matter who had the right of way? The safety people, insurance companies and courts will ultimately decide who was at fault, but no driver wants to spend a lifetime knowing that a death occurred that he or she could have prevented, even if the deceased person was “wrong.”

If you can do so without endangering yourself, let the other driver “win.” It’s doubtful they’ll appreciate your actions or even notice, but you’ll know.  You’ll have more than the knowledge that you defended yourself against an accident. You’ll know that your decision(s) may well have saved lives. You’ll know that you helped the kids in the back seat of that “#&%@* four-wheeler” get home safely, even if you don’t respect the driving skills of the person behind the wheel.

Because when we all get home safely, everybody wins.

Most of us used to be that “#&%@*” on the four wheeler during our early years. Maybe next time we come across such drivers we think of it like “That is the young ‘me’ in that four wheeler”!