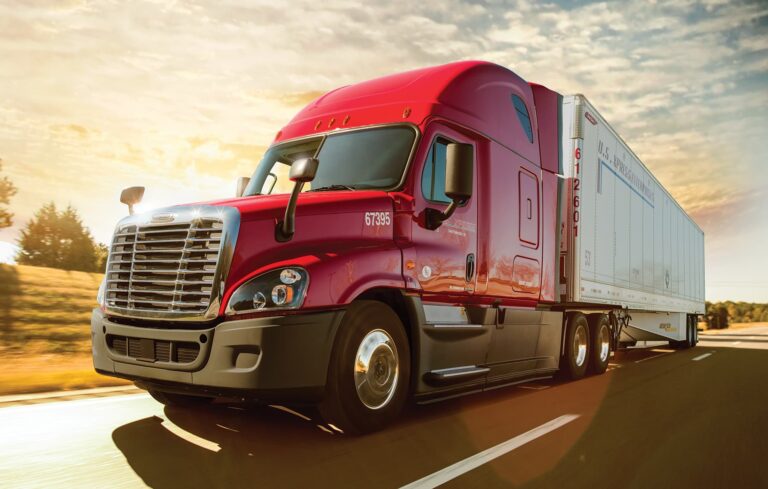 When fully implemented, the plan is expected to reduce current and planned invested capital by approximately $40.million, improve the company’s consolidated operating margin, and offer customers continued access to cross border service through a variable cost alternative, according to Eric Fuller, president and CEO.

In connection with this plan, as well as the disposition of its remaining 10 percent equity investment in a former subsidiary, the company expects to record an approximate $12.3 million non-cash, pre-tax loss on equity investments for the fourth quarter of 2018.

These changes mark the latest step in the company’s continued execution of its strategic overhaul designed to drive operational improvement as U.S. Xpress strives to deliver its third consecutive year of margin improvement in 2019, Fuller said, adding that the plan will be executed in stages over the next several months.

“As part of our ongoing initiatives to improve profitability and enhance shareholder returns, we evaluated our aggregate investment in our U.S.-Mexico operations, including investments south of the border, in Laredo, Texas, and in U.S. assets and personnel required to service this business,” Fuller said. “We concluded that these operations required a comparatively high level of fixed investment per unit of revenue and created lane inefficiency in the U.S., because serving freight to and from the border did not maximize revenue per mile or meet our other network planning priorities. During 2018, the combined Mexico and allocated U.S. operations failed to keep pace with improvements in the Company’s U.S. OTR and Dedicated truckload operations. As a result, the decision to exit this operation was identified as a relatively high return, simple execution initiative. This strategic decision reflects the latest step in the company’s transformation as we methodically evaluate our capital allocation, improve our operational execution, and target industry-leading profitability.”

In addition, to serve the business the company maintains fixed investments in the United States consisting of a trucking terminal in Laredo, Texas, approximately 700 incremental dry van trailers, and tractor capacity allocated toward serving freight to and from the border. Including the allocated cost of the U.S. investments and personnel, the cross-border business generated approximately $50 million in revenue but insignificant operating income in 2018.

Fuller said as part of U.S. Xpress’s ongoing transformation, the carrier made the decision to exit its fixed cost investment in the cross border business and sold its investment in the Mexican entity to the existing managers.

The operational transition is expected to be complete during the second quarter of 2019.

The exit involves the following components, which will be executed over the next several months:

Fuller said U.S. Xpress expects to record a non-cash, pre-tax charge of approximately $12.3 million in the fourth quarter of 2018 to reflect the write down of the total investment in Xpress Internacional, which U.S. Xpress had operated since 2007. In addition, the company expects to incur one-time expenses during the first quarter of 2019 related to the transition plan to shut down its domestic infrastructure that supported the cross-border business, this expense is not expected to exceed $4.0 million on a pre-tax basis.

U.S. Xpress to dispose of investment in U.S.-Mexico operations