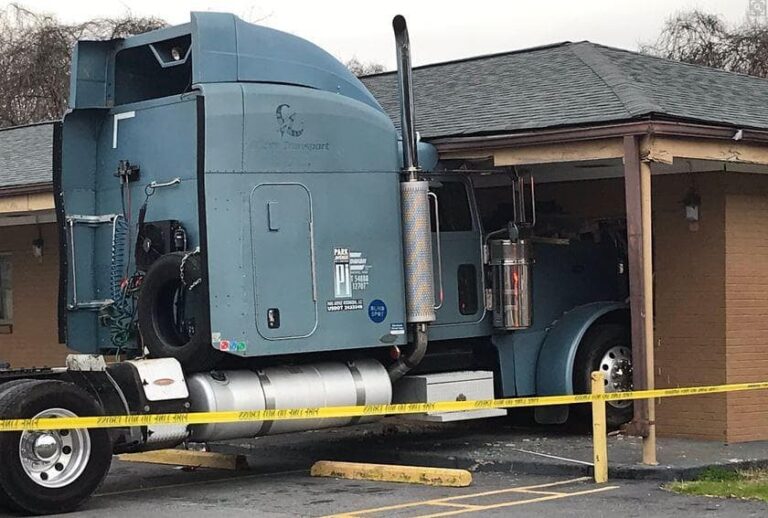 ATLANTA — The Atlanta Journal Constitution reported Thursday that a driver is in custody after crashing a tractor-trailer into a motel in northwest Atlanta and running from the scene, officials said.

Atlanta Fire Rescue spokesman Sgt. Cortez Stafford told AJC.com that the truck went “partially” into the side of the Airway Motel in the 700 block of Fulton Industrial Boulevard on Thursday morning. There were no reports of injuries.

The driver ran but was captured nearby, police said. His identity and the charges against him have not been released.

A woman was inside the motel room where the truck hit, but she was able to escape by climbing out of a back window, Channel 2 Action News reported.

“I just started crying and screaming,” the woman, Lashonda Allen, told the news station. “I was just praying to God the semi-truck didn’t catch on fire.”

Crews are checking the structural integrity of the building and investigating what sparked the crash.

By noon, the truck had been removed, and a gaping hole remained in the brick building.