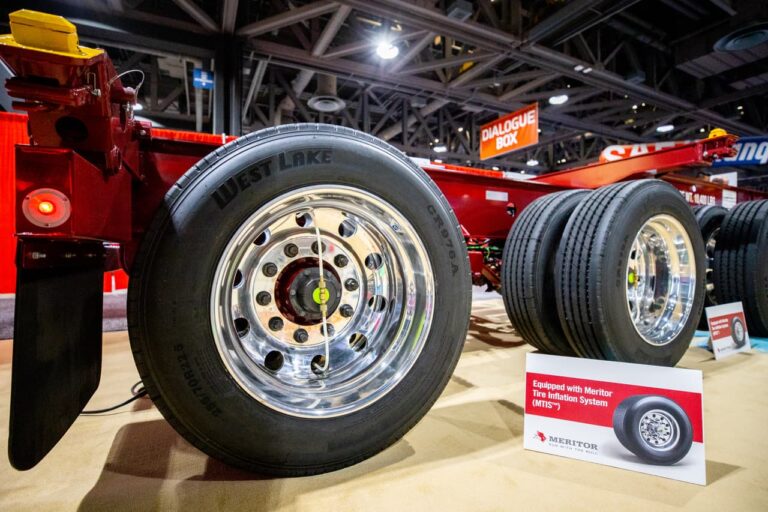 In September 2019 the company produced the 1.5 millionth system at its facility in San Antonio.

The milestone was announced during the recent 2019 Meritor/P.S.I. Fleet Technology Event.

P.S.I. entered into a distribution partnership with Meritor 21 years ago to market its automatic tire inflation system as the Meritor Tire Inflation System (MTIS) in North America.

Since that time, MTIS has established itself as the system of choice at a majority of the leading private and for-hire fleets, according to Tim Musgrave, president and CEO.

In 2016, P.S.I. moved into a new facility that doubled its footprint in San Antonio and added needed capacity to meet the growing global demand for their product.

At the completion of facility tour during the fleet technology event, Musgrave revealed the 1.5 million milestone as a congratulatory banner was raised above the production floor.

Musgrave was quick to recognize the efforts of the employees in San Antonio in reaching this milestone.

“I personally want to thank each of the individuals that work for P.S.I. in every department across the company,” he said. “Everyone has contributed to keeping us focused on meeting the quality and volume demands for our product.  We also appreciate the support that the Meritor partnership has afforded us in building our overwhelming share of the North American ATIS market”

Production team members from each of the production cells provided the facility tour for the guests.

Mike McIver, vice president of manufacturing, said “our team members are the true highlight of the tour.  They are excited to share their commitment to our product and our customers.  They are the reason for our success.