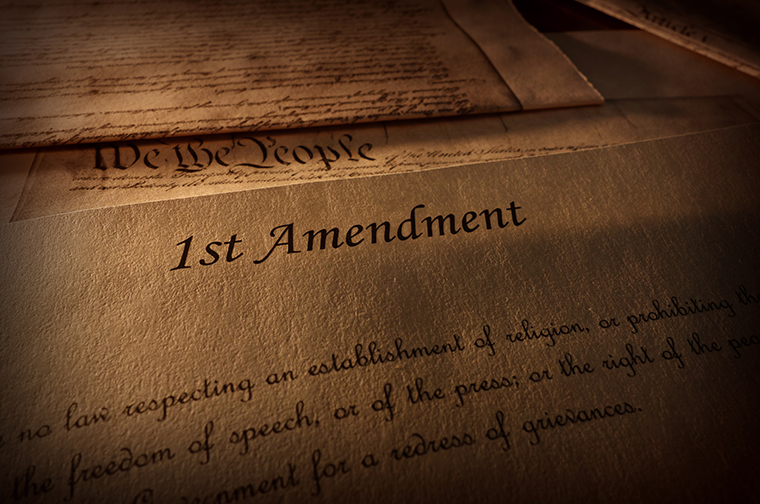 Those of you that read my columns may remember that I recently wrote on free speech and social media. As I mentioned then, I am a BIG free speech guy and feel strongly that no idea should be free from scrutiny, criticism or mockery. As I also said then, an unexamined thought or belief is not worth having.

Since I wrote that column, I have received a few comments and questions about “hate” speech. I think we can all agree that you don’t have to look too far to find examples that would qualify as hate speech. Recent demonstrations by white supremacists are a good place to start.

So, the question becomes, “Is hate speech protected by the First Amendment?”

Well, I am glad you asked.

Back in 2017, Ted Wheeler, the mayor of Portland, Oregon, said, “Hate speech is not protected by the First Amendment.” This comment was made after two men were killed after they confronted another individual who was using anti-Muslim slurs.

Also in 2017, former Democratic National Chair Howard Dean, when referring to comments made by Ann Coulter said, “Hate speech is not protected by the First Amendment.”

Well, they were both wrong.

The U.S. Supreme Court has clearly stated that governments may not restrict speech expressing ideas that offend.

A recent case addressing this matter is Matal v. Tam. In this case, Simon Tam, the founder and bass player for the Asian-American rock band The Slants sought to trademark the band name in an attempt to reclaim and take ownership of the derogatory term. The U.S. Patent and Trademark Office (USPTO) refused to register the mark and found it disparaging to people of Asian descent. In support of this position, the USPTO found that the mark violated the Lanham Act’s provision against registration of disparaging trademarks.

This did not sit well with the USPTO, which appealed the decision to the Supreme Court. The issue is whether the disparaging provision of the Lanham Act violated the Free Speech Clause of the First Amendment.

In a unanimous decision, the Supreme Court held that the disparagement clause violates the First Amendments Free Speech Clause. In the opinion, Justice Alito wrote:

“Speech that demeans on the basis of race, ethnicity, gender, religion, age, disability or any other similar grounds is hateful; but the proudest boast of our free speech jurisprudence is that we protect the freedom to express the ‘thought we hate.’”

This, my friends, is the basis of free speech.

Now, I am not a movie critic, but maybe 20 years ago I watched the movie “The American President” starring Michael Douglas. The move had a bit of a Hollywood liberal take (and I like my movies politically neutral). However, in the movie, Michael Douglas is giving a speech, and he says:

“America isn’t easy. America is advanced citizenship. You’ve gotta want it bad, ’cause it’s gonna put up a fight. It’s gonna say, ‘You want free speech? Let’s see you acknowledge a man whose words make your blood boil, who’s standing center stage and advocating at the top of his lungs that which you would spend a lifetime opposing at the top of yours.’ You want to claim this land as the land of the free? Then the symbol of your country cannot just be a flag. The symbol also has to be one of its citizens exercising his right to burn that flag in protest. Now show me that, defend that, celebrate that in your classrooms. Then you can stand up and sing about the land of the free.”

Say what you will about the movie but that quote pretty much sums up the good and the bad about free speech. While I may not agree with anything you say — or your decision to burn the flag or do other things I may find reprehensible — I will defend to the death your right to do so. 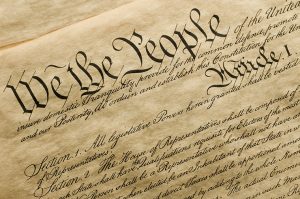 There are multiple methods for interpreting the US Constitution