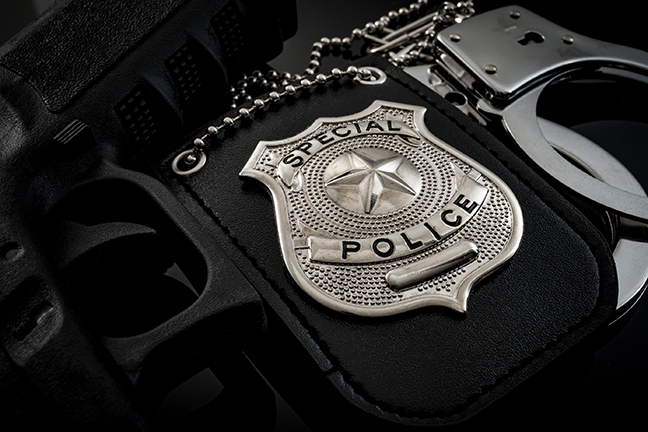 When I write these articles, I normally try to stay away from the “hot topic” of the day.  That’s mainly because by the time the article is published it is no longer the hot topic and everyone is sick of hearing about it.

Well, with that being said, I am going to break my own rule and discuss a hot topic.  Why the change of heart you may ask? The answer is easy: This topic has been an issue for years and does not appear to be going away.

What is the subject?  The standard for the use of deadly force by the police. There, I said it. Now, nobody can deny that this is an issue that is at the forefront of our culture. Regardless of your political views, I think folks need to understand the legal standard that needs to be met to justify the use of deadly force. You can’t really have a civil discussion if no one understands the standard.

Now, before you start sending me hate mail or making up your mind about me, please understand that this is not a political piece, and I do not have the time or space in this article to do a deep dive into the subject. This is simply a review so that we can all possibly find some common ground on which to talk.

It is not necessary for me to list all the highly publicized cases where police have fatally shot an unarmed person. What everyone needs to understand is that the facts and circumstances of each of these cases are unique, and officials, judges and juries must take all that into consideration.

However, for more than 50 years, the U.S. Supreme Court has been consistent in the standard that should be applied to determine under what circumstances police shootings are legal. The first case to begin the issue was Terry v. Ohio.

In the 1980s, two Supreme Court cases elaborated on what is “reasonable” and began to expand the framework for when the use of deadly force is allowed.

The first case was Tennessee v. Garner.  In 1985 the Supreme Court struck down a Tennessee statute that allowed the police to “use all the necessary means to effect the arrest” of a person the police thought was fleeing or resisting.  Specifically, the facts of this case involved a Memphis police officer who shot and killed a teenager in the backyard of a house the officer suspected had been burglarized, even though the officer was “reasonably sure” that the suspect was unarmed.

In a 6-3 decision, Justice Byron White wrote, “The use of deadly force to prevent the escape of all felony suspects, whatever the circumstances, is constitutionally unreasonable.”

In 1989 the court again looked at the issue of deadly force by the police.  In Graham v. Connor, the Supreme Court found that the use of excessive force “requires careful attention to the facts and circumstances of each particular case, including the severity of the crime at issue, whether the suspect poses an immediate threat to the safety of the officer or others, and whether he is actively resisting arrest or attempting to evade arrest by flight.”

In a 9-0 decision the court held that the “reasonableness of a particular use of force must be judged from the perspective of a reasonable officer on the scene, and its calculus must embody an allowance for the fact that police officers are often forced to make split-second decisions about the amount of force necessary in a particular situation.”

In other words, what would a reasonable police officer on the scene have done?

In 2018, the Supreme Court gave a little more direction to the lower courts in an unsigned opinion. In Kisela v. Hughes a Tucson police officer shot a suspect (Hughes) within a minute of arriving at the scene.  Hughes had been reported to 911 as hacking a tree with a knife and acting erratically. When Kisela fired, Hughes was holding a large knife and had taken steps toward another woman (her roommate) and had ignored multiple instructions to drop the knife. Hughes’s injuries were not life-threatening and other officers on the scene said they believed Hughes was a threat to her roommate.

Hughes sued Kisela, alleging that Kisela exercised excessive force, 42 U.S.C. 1983. The Supreme Court ruled in favor of the officer and stated that Kisela was entitled to qualified immunity even though the officers were in no apparent danger.  While the 9th Circuit had found that Kisela violated Hughes Fourth Amendment rights (unreasonable searches and seizures) the Supreme Court disagreed and said a “reasonable officer” is not required to know that shooting the suspect would violate their Fourth Amendment rights.

So, to drastically oversimplify the above cases, the police can use deadly force if a reasonable officer at the scene believes that the person is a threat to the officer or others.

Now, if someone would just introduce me to that reasonable person.