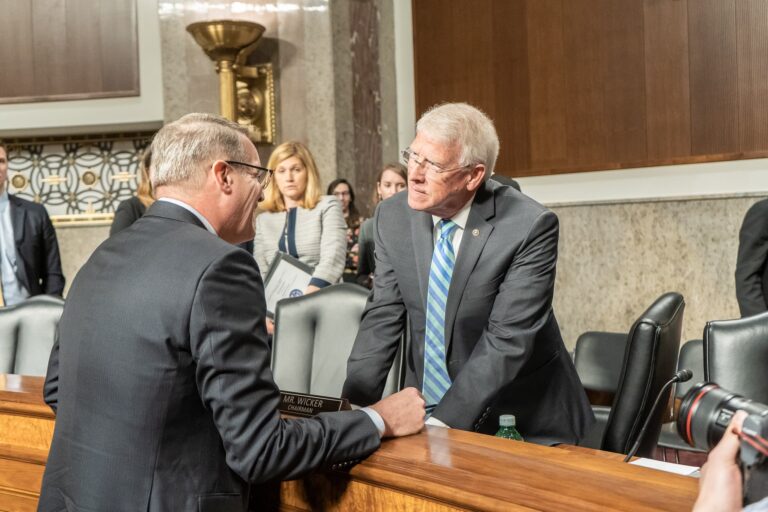 ARLINGTON, Va. — Saying that the nation is on the cusp of a transformation in the movement of freight, American Trucking Associations President and CEO Chris Spear Wednesday told a hearing of the Senate Committee on Commerce, Science and Transportation that there is an urgent need to address the nation’s failing infrastructure, pressing the committee to put forward a real solution that includes new revenues, including a fee at the terminal fuel rack.

The title of the hearing was “America’s Infrastructure Needs: Keeping Pace with a Growing Economy.”

Spear said radical technological change will, in the near future, allow trucks to move more safely and efficiently, and with less impact on the environment than the country ever dared to imagine. “Yet we are facing headwinds, due almost entirely to government action or, in some cases inaction that will slow or cancel out entirely the benefits of innovation,” Spear said. “Failure to maintain and improve the highway system that your predecessors helped to create will destroy the efficiencies that have enabled U.S. manufacturers and farmers to continue to compete with countries that enjoy far lower labor and regulatory costs.”

Spear noted that just during the first full week of February, chunks of falling concrete struck cars traveling under bridges in California and Massachusetts.

“We are no longer facing a future highway maintenance crisis – we’re living it – and every day we fail to invest, we’re putting more lives at risk,” he said.

The nation’s crumbling and failing infrastructure is taking a tremendous toll on Americans’ time and their pocketbooks, and has impacted the trucking industry in a significant way, Spear said.

“Trucking now loses $74.5 billion sitting in gridlock. That equates to 1.2 billion lost hours or 425,000 truck drivers sitting idle for an entire year,” he said. “These are the regressive costs of doing nothing. And they are reflected in the prices we all pay. These costs to consumers and economy are measurable… and they can and should serve as offsets for new spending on our nation’s infrastructure. The road system is rapidly deteriorating and costs the average motorist nearly $1,600 a year in higher maintenance and congestion expenses.”

While the cost and scale of addressing highway improvement needs is daunting, it is important to note that much of the congestion is focused at a relatively small number of locations, Speaker told the committee.

“Just 17 percent of National Highway System miles represents 87 percent of total truck congestion costs nationwide,” Spear said. “Many of these locations are at highway bottlenecks that are identified annually by the American Transportation Research Institute. ATRI just released its latest freight bottlenecks report, which identifies the top 100 truck bottlenecks around the country.  The worst bottleneck was Interstate 95 at State Route 4 in Fort Lee, New Jersey. More than half of the bottlenecks are in states represented by members of this committee, including 13 in Texas, six in Connecticut, and five in Washington State.

To address the nation’s need to re-invest in its roads and bridges, Spear again pushed forward the Build America Fund – a 20-cent per gallon fee at the terminal fuel rack phased in over four years that would generate billions in new revenues for investment.

Trucking pays for nearly half the Highway Trust Fund, and we’re willing to pay more,” he said. “The Build America Fund would increase the price of fuel 20 cents per gallon at the fuel rack – just a nickel a year over four years – generating $340 billion over 10 years. This new revenue is real, not fake funding like P3’s and asset recycling.

“The Build America Fund is the most conservative proposal… costing less than .01 cent on the dollar to administer, versus up to .35 cents a dollar for tolling schemes,” Spear said.

“We are at a critical point in our country’s history, and the decisions made by this committee over the next few months will impact the safety and efficiency of freight transportation for generations,” Spear said. “ATA looks forward to working with you to develop and implement sound policy that benefits the millions of Americans and U.S. businesses that rely on a safe and efficient supply chain.”