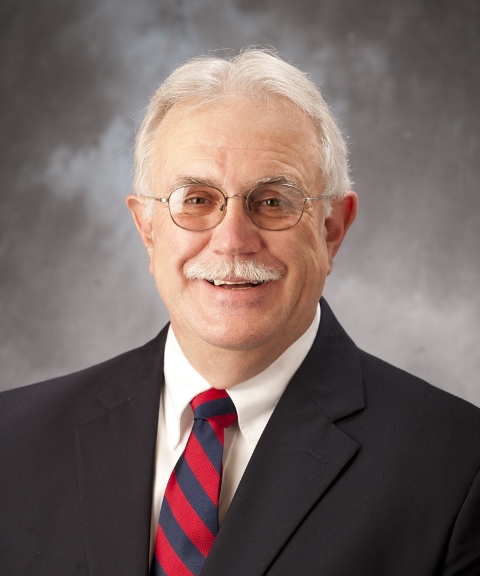 Honors and awards are nothing new to David Boyer. When you’ve racked up a driving record like his, recognition is bound to catch up with you, and in the last few years the accolades have been piling up.

He’s been a member of the ABF Freight Road Team twice within the last 10 years, as well as an America’s Road Team Captain. In 2016, he was honored with the Virginia Governor’s Transportation Safety Award, and earlier this year, Boyer was named the Virginia Truck Driver of the Year.

The icing on the cake came October 30 in Austin, Texas, during the American Trucking Associations’ annual Management Conference & Exhibition, where Boyer was named ATA’s National Driver of the Year.

“It’s overwhelming,” Boyer said a few days after the awards luncheon where he received the honor. “There’s a lot of great drivers out there. I never dreamed I’d get selected out of all the top drivers that we got. It’s quite an honor.”

Even though it’s called a “driver of the year” award, it can be seen as something of a lifetime achievement honor. As far as Boyer’s concerned, the honor has been all his.

“You’re talking to someone who got to live out his childhood dream,” Boyer said. “All I wanted to do was be a truck driver. From the time I was 11 years old and I drove a truck behind an old corn chopper, I never wanted to do anything else.

Things have changed a lot in trucking since Boyer started driving, not the least of which are the trucks themselves, he said. Back when he started, “Those old trucks used to burn as much oil as they did fuel,” he said. They didn’t have air conditioning or power steering or air ride suspension.

In some ways the job has gotten a lot easier than it used to be, Boyer said. But the real key to his success and longevity has been in being lucky enough to have had the right people in his life.

“Without having someone behind you, helping you, you can’t do it,” Boyer said. “I’ve been married to my lovely wife Pam 48 years. We have three kids, nine grandchildren. And my wife’s done a good job raising them. I was gone 90 percent of the time, and she done a great job.”

On the road, he got lucky early on, he said, when he went to work for a company called Blue Ridge Transfer and found a mentor in a veteran driver by the name of Henry Jenkins.

“He was a hardworking man, fond of saying, ‘we don’t have time to get involved in an accident,’” Boyer recalled. “He said, ‘we’re going to have to fill out paperwork, and we’re not making no money when we’re sitting still.’

Boyer said Jenkins taught him that to be a good driver one of the most important qualities to have on the road is patience.

“He never got excited,” Boyer said. “He never badmouthed the traffic. When we’d get in a backup, he’d wave to people.” Jenkins’ style became his, and he’s never let it go.

“I don’t get upset at the traffic,” he said. “We’re all out here sharing the road together and trying to make a living.  The way I see it, if you pass me, you’re my family, I want you to get home safe to your family just like I want to get home to mine.”

Boyer also attributes much of his success and satisfaction with finding the right company to drive for. Yes, it’s pretty amazing to be with the same carrier for 40 years, Boyer said, but you also have to consider that it also means ABF has been around that long. That shows this is a company that does something right.

“They don’t harass you, or stay on your back,” he said. He said when he was hired, they told him they expect drivers to use their intelligence and skill and discipline to get the job done. In return, he said, they’ve shown him the respect he earned.

Boyer is a strong believer life gives back what you put into it. He participates annually in the Mid-Atlantic Charity Fun Drive benefiting the Make-a-Wish Foundation and is a member of the Mid-Atlantic Professional Truck Drivers Association and of God’s Pit Crew, a program that provides aid during disaster relief efforts.

“I couldn’t have done it without working for a company like ABF that helped me do the things that I’ve been able to do,” he said. “They’ve stood by me 199 percent.”

He is particularly proud of the work he’s done as a road team captain, especially going to schools and educating teen drivers. He loves letting them climb up into a cab so they can see from a driver’s perspective when he explains things like blind spots and braking distance.

One of his favorite exercises is to have the teens get behind the wheel and pretend they’re driving 55 mph. He’ll tell them hit the brakes, then he’ll point to a stop sign set up 363 feet ahead and explain that’s where the truck would come to a full stop.

“You know you got them when you see their eyebrows raise up or their eyes get bigger or they say ‘wow,’ and that’s the best feeling in the world,” Boyer said, “to know you just showed that young driver something they’ll carry with them from now on.

“Someday, something will happen out on the road, and these kids will say, ‘that old man Boyer knew what he was talking about.’ And you’ll never know that, but you plant that seed and hope it grows.”

Receiving such a prestigious award would make it a natural time to reflect after 45 years behind the wheel, and possibly start pondering what’s next.

Funny thing, Boyer said, as a matter of fact, he’s been doing just that.

“I thought the other day, ‘you know, I think I’m going to make a career out of this.’”

I am so proud of my big brother. To think we started out as kids driving around the hills on the farm. As a teenager, David, had cows he milked and sold the milk to Kraft Foods. I guess he realized early on that it is a lot easier to drive a truck than to milk a bunch of cows. Although David says Pam did most of the raising of the kids, and she did, when he was home and able to attend ball games, it was a great treat. His attendance was anticipated by the friends of his kids almost as much as the kids themselves. You could always hear David’s voice encouraging the kids whether in football, basketball, or baseball. He was a proud dad and his kids were proud of him. We have always been proud of him and he is finally getting the recognition he has always deserved.

CongratulationsDavid!!!You have always been a truck driver for a long time. I’m glad that you had a job that you liked and enjoyed so you could support your family.The Lord blessed you all the years that you were out on the roads.