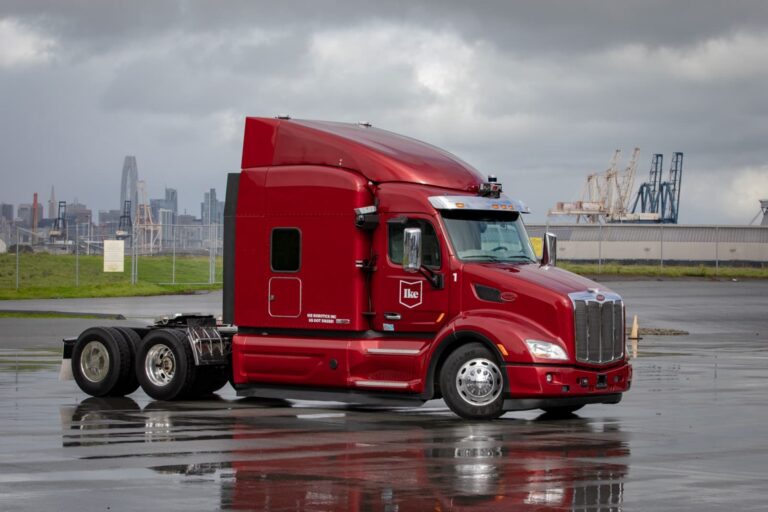 SAN FRANCISCO — Autonomous trucking startup Ike said Tuesday it had completed a series A round of $52 million, led by Bain Capital Ventures. Redpoint Ventures, Fontinalis Partners, Basis Set Ventures, and Neo also invested in the round.

Bain’s website says the company partners with B2B founders to accelerate the bringing of the founders’ ideas to market. Its investments range from $1 million of seed capital through $100 million of growth equity.

An Ike spokesperson said the company is building “cutting edge” automation technology for the trucking industry.”

“And despite their importance, truck drivers are often overlooked, overworked, and put in harm’s way. Ike believes self-driving technology for long-haul trucking can be part of the solution,” the spokesperson said.

Ike said its funding round will help the company expand beyond its 30-person team as it drives forward with its mission to build a commercial product at scale.

“Trucks are the secret backbone of our economy. They are a part of all of our lives  —  delivering groceries to the local market, transporting lumber and steel to build our homes, bringing us supplies in a disaster,” said a blog signed by Nancy Sun, Jur van den Berg, Alden Woodrow, and the entire Ike team. “Yet trucks are hidden in plain sight, often around back at the loading dock or out on rural highways moving through the night.”

The Ike team said trucking had never been at a more critical moment.

“A shortage of drivers, new regulations, growing accident rates, the rise of ecommerce  —  these issues are rapidly changing an industry at the core of American society,” the blog said. “We think self-driving trucks can help solve these issues. We’ve spent our careers building new technologies, from electric motorcycles to wind turbines to self-driving cars. We came together over a passion for trucking, and created Ike with a mission to make trucks safer, truckers more valuable, and trucking more efficient.”

Ike is named after President Dwight D. Eisenhower and the U.S. interstate system he helped create when he signed the Federal Aid Highway Act June 29, 1956.

The Ike spokesperson said the prototype would be produced within the next few months.

“However, it’s important to keep in mind that Ike is making progress without needing to have trucks on the road and will be going through a very rigorous testing process including private track operation before they put an activated vehicle on the road,” the spokesperson said.