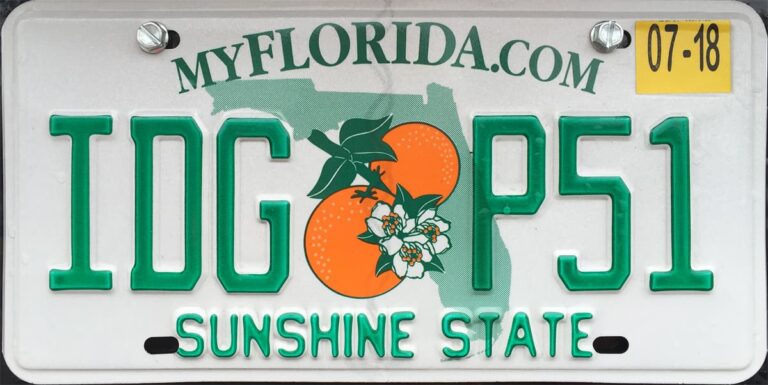 TALLAHASSEE, Fla. — Tired of the typical Florida orange stamped on the back of your car?

The Legislature is considering five new specialty license plate options for motorists, including ones promoting honeybees and the gopher tortoise. Another would pay for mental health counseling for shooting survivors of the Pulse nightclub shooting in 2016 in Orlando, which killed 49 people.

Orlando is still recovering emotionally from the devastating shootings, said Sen. Linda Stewart, D-Orlando, who proposed the new “Orlando United” plate. At the time, it was the deadliest mass shooting by a single person in U.S. history.

“It doesn’t go away overnight,” Stewart said. “It will take more than two, more than three, probably more than five years of counseling for those who need it.”

With approval from lawmakers, organizations that expect to receive funding from sales of the plates must receive approval from the Department of Highway Safety and Motor Vehicles and pre-sell at least 1,000 of them. Then they become available to drivers on Florida’s highways.

Drivers would pay $25 each year for the specialty tags. It costs the state about $10,000 to set up printing for each new design.

The proposed “Save the Bees” plate could save bees buzzing on farms. It would provide funding to the Florida State Beekeepers Association for honeybee research and education. The group would spend the research money at the University of Florida’s Honey Bee Lab and Institute of Food and Agricultural Sciences, said Jennifer Holmes, the association’s president.

She said the nonprofit will ask members to propose plate designs.

One of the sponsors of the bill for the bees plate is newly elected Rep. Melony Bell, R-Fort Meade, whose husband is a commercial beekeeper. A House transportation subcommittee has already approved the bill, sending it to other committees for further consideration.

“If our bee population goes away, our food supply goes away,” Bell said. “We are losing bees each day.”

The Orlando plate would raise money for Mental Health Association of Central Florida Inc. and Two Spirit Health Services Inc. to offer free counseling to anyone affected by the nightclub shooting. Money would also build and maintain a memorial to victims.

Other new plates would recognize the gopher tortoise, which can be found in every Florida county, and the Highwaymen, a group of 26 African-American artists from Fort Pierce who used vivid colors to paint Florida landscapes from the 1950s to 1980s. The Highwaymen plate would pay to build and operate the Highwaymen Museum and African-American Cultural Center and provide art education in St. Lucie County public schools.

The “Protect the Gopher Tortoise” plate would provide money the Tampa nonprofit Wildlands Conservation Inc. It said it would use the funds to offer grants for research and acquiring and managing land that gopher tortoises inhabit.

The nonprofit has already drafted designs, and one of a gopher tortoise emerging from its burrow is a favorite, said David Sumpter, the organization’s executive director.

“Their burrows provide refuge for other species, making them a keystone in Florida,” Sumpter said.

Stewart, the lawmaker, also sponsored the bill for the tortoise plate. She said environmentally focused friends told her the species was in danger due to construction.

“When development happens, they get bulldozed over and killed,” she said.

A fifth, proposed new plate would recognize ethical tourism in Florida. Money from the plate’s sales would be split between the Florida Society for Ethical Ecotourism in Fort Myers and Paddle Florida Inc. in Gainesville.

This story was produced by Fresh Take Florida, a news service of the University of Florida College of Journalism and Communications.