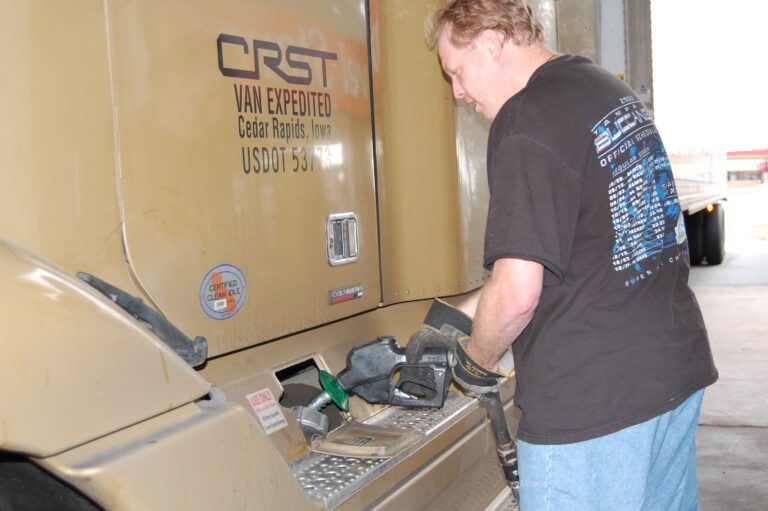 The average price for a gallon of diesel nationwide fell by one penny for the week ending July 29, to currently stand at $3.034 per gallon, according to the U.S. Energy Information Administration (EIA).

The one-cent decline is actually an improvement over the prior week, when diesel fell by 0.7 cents, and it continues a pattern of fairly consistent but very slow improvement since May 6, when diesel was going for $3.171. that’s a drop of 13.7 cents in 12 weeks.

Like last week, nearly the entire nation shared in the mild good news. This week, California was the lone exception, and even that was by literally the slimmest of margins. An increase of 0.1 cent in the Golden State left diesel prices there at a nation-high $3.940 per gallon. While the price of diesel is lower in in every region compared to a year ago, California’s improvement is by the smallest amount, 0.5 cents.

The East Coast saw the heftiest price drop last week, relatively speaking. In both the Central Atlantic and Lower Atlantic regions, the price of diesel fell 1.3 cents, to match the East Coast average overall. The Central Atlantic now stands at $3.246, the second-highest price in the nation, while in the Lower Atlantic, diesel prices are the second-lowest in the nation, at $2.924. Meanwhile, New England saw the largest price decline of any individual region, 1.6 cents, to stand at $3.106.

Diesel crept slightly further below $3 per gallon throughout the middle of the country. In the Midwest, diesel slipped down 0.8 cents, to $2.940. In both the Rocky Mountain and Gulf Coast regions, the price of diesel fell 1.1 cents, to finish at $2.967 in the Rocky Mountain region and $2.793 in the gulf Coast.