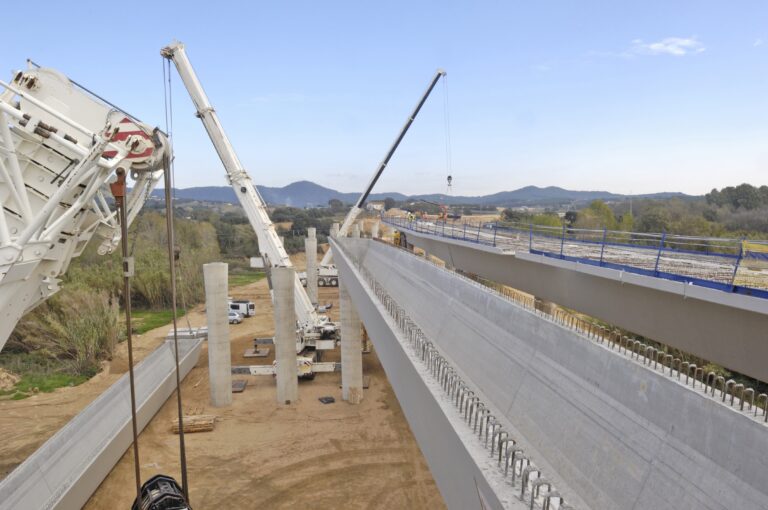 The America’s Transportation Infrastructure Act authorizes $287 billion over five years, including $259 billion for formula programs to maintain and repair America’s roads and bridges. The total represents an increase of over 27 percent from the levels of the current Fixing America’s Surface Transportation Act (FAST) levels and includes provisions to improve road safety, streamline project delivery, protect the environment and grow the economy.

The legislation has been unanimously voted out of committee and will be sent to the full Senate for consideration.

“After months of bipartisan negotiation, I’m proud to introduce this surface transportation reauthorization bill that would make an unprecedented investment to improve our nation’s roads, highways, and bridges, and make our country’s transportation infrastructure work better for every American in every zip code,” Carper said. “America’s Transportation Infrastructure Act will move our country toward a safer, more connected, efficient and climate-friendly transportation system, one that can endure the test of time and keep up with the evolving demands of a 21st century global economy. This bipartisan legislation includes the first-ever climate title in a highway bill and would invest $10 billion in policies and innovative projects aimed at reducing emissions and enhancing resilience. We’re just getting started, but I look forward to moving this bill out of committee this week and the work ahead of us to get it across the finish line.”

Among other provisions, the legislation:

The “One Federal Decision” policy is important to advancing projects as quickly as possible, the senators said. It establishes a two-year goal for completion of environmental reviews, a 90-day timeline for related project authorizations, a single environmental document and record of decision to be signed by all participating agencies; and an accountability and tracking system managed by the Secretary of Transportation.

“We thank Chairman Barrasso and Ranking Member Carper for taking this important first step toward reauthorizing our nation’s surface transportation systems,” said American Trucking Associations President and CEO Chris Spear. “The strength of our economy relies on sound roads and bridges, as more than 70% of our nation’s goods travel by highway on the back of trucks. With the right investment, we can stem America’s deepening infrastructure crisis and instead achieve a 21st century infrastructure worthy of the world’s leading economy.

“We look forward to working closely with this committee and the other relevant committees on a legislative package that includes the long-term, sustainable funding that our highway programs critically need.”

Norita Taylor, director of public relations for the Owner-Operator Independent Drivers Association said the association was are cautiously optimistic but “watching closely for what ends up in the final version, especially when it comes to funding.”

“We thank the Senate EPW Committee for officially beginning the reauthorization process today,” said Jim Tymon, executive director of the American Association of State Highway amd Transportation Officials. “Getting this important legislation enacted by next fall is something every state DOT strongly supports “In addition to focusing on safety and resiliency of our highway infrastructure, 90 percent of the funding in EPW’s bill is provided directly to states by formula which ensures flexibility to best meet each state’s unique highway investment needs,” said Tymon. “For state DOTs, it is absolutely crucial to get the next federal transportation bill done on time, without resorting to a series of short-term program extensions. When federal funds are predictable and stable, state DOTs are able to fully focus attention on delivering critical projects that improve safety, quality of life, and economic opportunities for everyone.”

NATSO President and CEO Lisa Mullings said the measure marks a step in the right direction when it comes to enhancing supply chain efficiencies, while also harnessing the private sector’s ingenuity to take meaningful steps to improve the environment.

NATSO is supportive of the committee’s effort to establish a grant program that would stimulate private investment in electric vehicle charging and natural gas refueling stations along designated highway corridors, she said.

“Private sector investment in alternative fuels such as electricity and natural gas are key to meeting the fueling needs of the traveling public,” Mullings said. “It is NATSO’s hope that policymakers will steer grants toward projects where private capital is being placed at risk, rather than toward public utilities that inappropriately use their monopolistic stature to crowd out private investment in EV charging infrastructure. NATSO strongly supports private sector investment in electric vehicle charging infrastructure, and the travel plaza and truckstop community is making significant investments in this regard.”