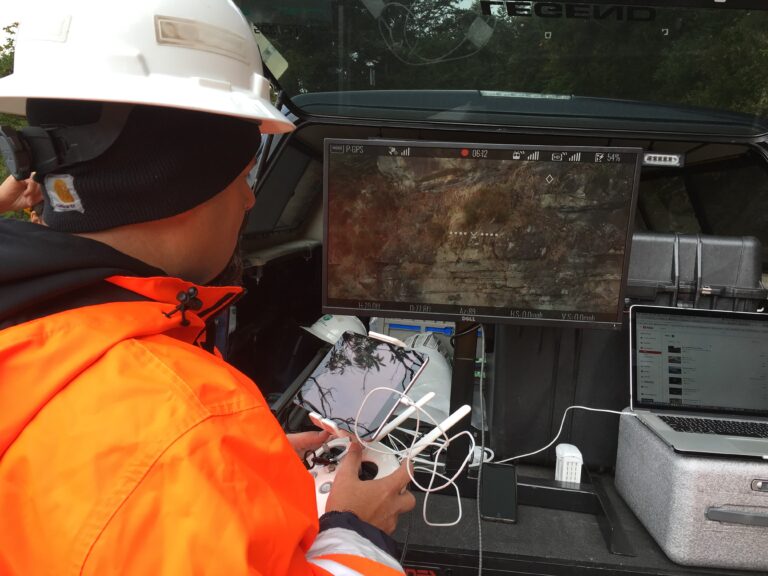 WASHINGTON — It wasn’t too long ago that drones, flying cars and self-driving vehicles were topics more in synch with science fiction plotlines, not transportation reality.

But that’s changing rapidly. Take drones as but one example. Right now, there are 10 active drone pilot programs under the guidance of the U.S. Department of Transportation; a three-year test effort the agency that is expected to help USDOT better regulate and integrate drones safely into the nation’s airspace.

What these state departments of transportation know is that shrinking resources and growing demands on the transportation system require new ways of addressing challenges to reduce costs, improve efficiency and increase safety.

A study conducted by NCDOT found three drones could conduct highway crash reconstruction efforts in just 25 minutes versus the two hours required by a ground-based crew or workers, saving $9,300 in the process.

State DOTs are using drones to inspect bridges, roads, and other infrastructure as a way to reduce the risk posed to human life by such work.

The Minnesota Department of Transportation conducted an in-depth study of drone-use for bridge inspections three years ago and found not only did drones help reduce the dangers posed to personnel working at high off the ground and in traffic control situations, they saved money as well by eliminating the need to close off lanes and deploy aerial lifts to conduct inspections.

The Texas Department of Transportation sent drones into areas hit by Hurricane Harvey in 2017 ahead of their storm recovery crews – giving them, in the words of James Bass, TxDOT’s executive director, the “advantage to see what might be ahead of them a mile or two down the road.”

Those are but just some of the examples of how state DOTs are helping take the lead in integrating new technologies into the nation’s transportation system to make it safer, more efficient, and more flexible in the decades to come.