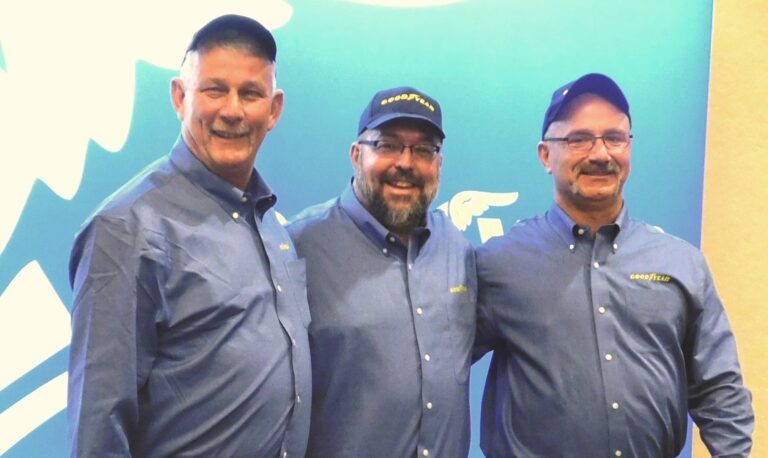 AKRON, Ohio — Goodyear is accepting nominations for its annual Highway Hero Award, which honors truck drivers who put themselves in harm’s way to help others.

The 2019 Goodyear Highway Hero Award winner, Paul Mathias, a driver for System Transport of Cheney, Washington, administered CPR to save the life of a young passenger involved in a car accident.

“It’s incredibly humbling to hear story after story of the selflessness of so many of our nation’s truck drivers,” said Gary Medalis, marketing director, Goodyear North America. “Goodyear’s Highway Hero Award gives us an opportunity to share these incredible stories and celebrate the extraordinary deeds of truck drivers in the ordinary course of their work.”

A copy of contest rules can also be found online.

A panel of representatives from the trucking industry will select the next Goodyear Highway Hero from among three finalists identified by Goodyear. The winner will be announced in March 2020, coinciding with the annual Mid-America Trucking Show, and will receive a cash award, among other prizes. Each finalist will also receive a cash prize and various items.

Nominations must be submitted before December 31, 2019 and meet the following criteria to be considered for the award:

The 2019 winner Mathias was in his hometown of Phoenix, starting his workday one morning, when he stopped at a red light.

This marks the 37th year Goodyear will be honoring a truck driver with this award. Other past Goodyear Highway Hero Award winners include a truck driver who ripped the back door from a burning car to save two passengers and a driver who dove into a pond to pull a child from a submerged car.