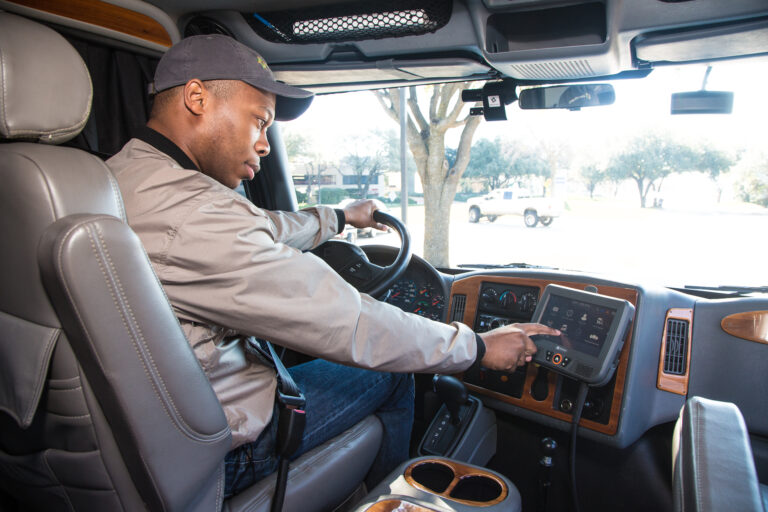 WASHINGTON — James Lamb is taking his fight against electronic logging devices right back to where the current mandate for ELDs was birthed.

The head of the Small Business in Transportation Coalition (SBTC) said Wednesday he plans to have introduced in the House the “Suspension of Electronic Logging Device Mandate to Protect Americans Working in Interstate Commerce Act” which would suspend the current ELD mandate.

The electronic devices were mandated by Congress as part of the Moving Ahead for Progress in the 21st Century transportation bill passed in 2012.

Lamb said he would name sponsors of the bill when it is formally introduced.

He said he hopes to have an identical version of the bill introduced in the Senate.

The bill would direct the Secretary of Transportation to:

Meanwhile, the SBTC has asked Transportation Secretary Elaine Chao to delay the December 16 deadline for carriers using Automatic On Board Recording Devices to switch to ELDs.

In addition, Lamb and his organization, which reportedly has 15,000 members, are currently circulating an online petition to get the federal government to immediately suspend the ELD rule.

As of Wednesday, some 32,000 trucking stakeholders had signed the petition, which Lamb plans to present to the White House. He hopes to get 100,000 signatures by November 29.

The bill and the petition are only the latest efforts in Lamb’s fight against ELDs.

The first effort came when in February 2018 Lamb and the SBTC filed an application for an exemption from the ELD rule for carriers with fewer than 50 employees.

The Federal Motor Carrier Safety Administration denied the petition in July of this year and in late October, the SBTC filed an application for reconsideration of the denial.

The FMCSA immediately published a notice in the Federal Register seeking comments on the reconsideration application.

When Lamb filed the original exemption application, the FMCSA said it received over 1,900 comment, most in favor of the exemption.

Among other things, in the proposed legislation, Lamb says:

The bill would require the Secretary of Transportation to do a study to determine if a correlation exists between the implementation of the ELD rule in December 2017 and the rise in truck speeding incidents and large truck occupant fatalities in 2018.

Talk about electronic logging devices goes back to at least 2000 when the newly-created FMCSA first attempted to reform Hours of Service regulations to mandate the use of electronic tracking devices. This attempt to mandate HOS tracking with an ELD device was shot down by a 2004 court order.

26% INCREASED CRASH RATE since the ELD has been mandated. STOP this insanity that’s making our highways more deadly.

Intentions were good, real life results are VERY bad for this ELD mandate !!

@SecElaineChao If @FMCSA doesn’t delay the Dec 16 date, they are admitting our Exemption Application is a sham. If they care about appearance of impropriety, they will delay so Drivers don’t have to buy a product they could theoretically be exempted from. Due process requires it.