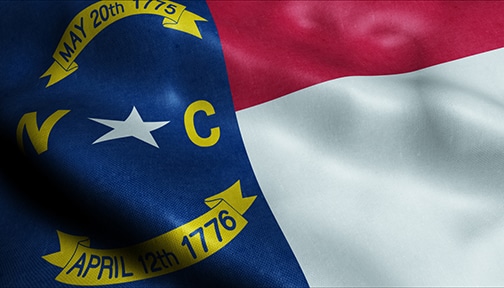 RALEIGH, N.C. — A method to accelerate local and regional road-building projects in North Carolina by authorizing up to $3 billion in debt has made it through the General Assembly.

The legislation that permits the borrowing is heading to Democratic Gov. Roy Cooper’s desk following Tuesday’s House vote of 94-21. Cooper is expected to sign the bill, which passed the Senate unanimously last week and would represent a rare moment of bipartisanship between the executive and legislative branches.

Cooper’s Department of Transportation asked the Republican-controlled General Assembly to permit the issuance of up to $300 million annually in what’s called “special indebtedness” from 2019 through 2028. This borrowing is not subject to a voter referendum and could commit the state to additional debt payments until the early 2040s.

Any debt, which would actually be issued by the state treasurer and subject to the approval of the Council of State, would be repaid through dedicated transportation revenues — particularly state gasoline taxes and vehicle sales taxes and Division of Motor Vehicles fees. The borrowing is similar to “GARVEE bonds” that North Carolina already issues and are backed by anticipated funds from the state’s share of the federal gasoline tax.

The state DOT has said “Build NC Bond” legislation would help road construction spending remain at its current high levels into the 2020s, resulting in tens of thousands of jobs. Proceeds would go to local and regional projects that have received high grades on the state’s 10-year rolling transportation blueprint.

Cooper spokesman Ford Porter praised its passage, as did Transportation Secretary Jim Trogdon, who said in a release “critical infrastructure communities across the state have been waiting for will be delivered sooner than they would be if Build NC was not available.”

Rep. John Torbett, a Gaston County Republican shepherding the measure in the House, said it also will give legislators time to ultimately locate new transportation funding sources. Cars are getting more fuel-efficient — meaning less gasoline taxes — and car ownership may give way toward self-driving vehicles operated by fleet services rather than individuals.

“It’s an aging funding model that inevitably will not last indefinitely,” Torbett said before the bill passed. All 21 “no” votes came from Republicans, several of whom criticized the measure for failing to require the debt be subject to a statewide vote before it could be issued.

Interest rates on special indebtedness are slightly higher than traditional bonds, which when issued obligates the state to repay them by raising taxes if state government is unable to do so. But the use of transportation fees and taxes essentially places the same burden upon taxpayers, said Rep. John Blust, a Guilford County Republican.

Blust wanted to vote on an amendment requiring a referendum, but House Speaker Tim Moore said the amendment was out of order.

“I think the people can be trusted if that argument is taken and made to them,” Blust said.

Torbett and other bill supporters cited constraints on the debt. State Treasurer Dale Folwell couldn’t issue the debt, for example, unless he recommended it and believed it would keep the state under state debt limits set by a panel he already leads.

Folwell, a Republican, also wanted a referendum on the debt as well. He said in a phone interview later Tuesday he would follow the new law and make sure the state doesn’t exceed debt limits that could jeopardize the state’s cherished top credit ratings, which keep borrowing costs low.